Economy wreckage: Can Delhi ‘Bahubalis’ pull it out of ICU? 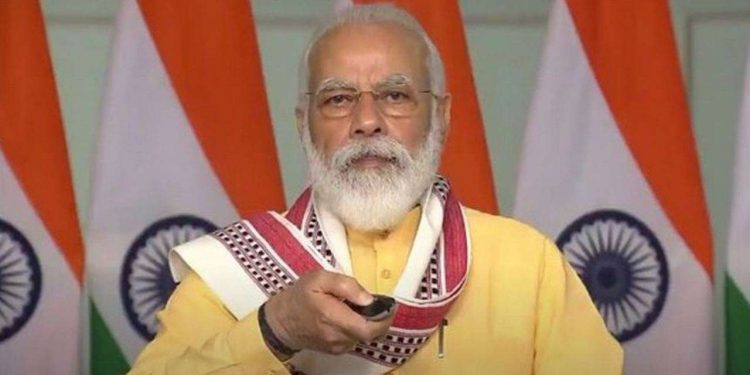 The Indian economy continues to nose-dive into the dark fathomless unknown. This damned process of the graph heading downward began overnight with the announcement of demonetisation by Prime Minister Narendra Modi at 20:15 IST, November 08, 2016. That set the national economy to slip crashing down the ladder to crack up into irretrievable wreckage.

This “cruelest cut” inflicted by the ultra-rightist & anti-people ghastly ‘note-bandi’, causing ten of hungry crores to suffer untold misery while the government made boisterous yells that the purpose was to unearth black money, to which the commoner may only say “my foot”.

May one dare to challenge New Delhi to put in the public domain as to how much black money was recovered and how much might have gone “missing”. Grapevine musings are also widespread that ‘note-bandi’ was the biggest blessing showered by Delhi on the corporate sector to legalise black money through the back door.

The final outcome being that the whole nation, except the corporate Czars, their second line, the ‘Godi-jeevis’, including the Godi media, plunged to a never heard-of economic doom.

Within two-and-a-half years of coming to power at the centre, the BJP-led NDA government established itself as a sorry figure on two back-to-back failures on the black money front. The first being the failure to bring back even a penny of the black money in billions stashed up in foreign banks by Indians and the second being the ‘note bandi’ circus.

Still worse, as per the latest headlines hitting the media, the stashed up amount in foreign banks has multiplied many-fold over the last seven years. The reality at the ground level the demonetisation led to an atrocious irreversible economic downswing.

Today, the Centre may be fully focusing on projecting the Cov?id-19 pandemic as the culprit behind the economic rout. Adversely hit the economy when the truth is that the economic nose-dive to the rock bottom began with the macabre “note bandi” long before coronavirus was even heard of in China.

It may again be repeated that it was only towards early March 2020 that Covid-19 made its appearance in several parts of India and about a month later when the national lockdown was already in place, the deadly virus made its way to Assam.

For sure, the lockdown was hugely ill-timed on account of highly stupid calculation on the part of some ‘smart’ Czars. Observers opine that it should have been delayed by another two weeks with notice for the working class and others to make way for home while the infection was at its budding stage. The Delhi heavyweights miserably failed to take lessons from the Wuhan chapter.

Had the ‘Bahubalis’ at the Centre even an iota of the required political sagacity & economic acumen needed to run a nation, India would not have had to witness curses like ‘note bandi’ or blockheaded announcement of national lockdown without even 24 hours notice.

Again, we have no account of how many died due to lack of food, medicine and other basic needs across the country or during the hundreds/thousands of miles of the homeward journey on foot by lakhs of workers, including women & children.

Finally, when the lockdown was withdrawn and thousands of buses, trains et al transported crores of people across the country, it was like a chain of mega reservoirs of the killer virus let loose across the country – another instance of the height of immaturity at work.

While rising unemployment & loss of jobs marked the pre-corona economic landscape, the pandemic brought the economy to a grinding halt. In Assam, with a camera-happy rag-tag administration at work, the farmers became mute spectators to their produce ripening, rotting and decaying in the field, while many Dispur ‘Swargodeos’ enjoyed their Kumbhakarna sleep. Further, the little monetary assistance that the Centre granted for farmers was embroiled in corruption in Assam.

Whereas the central demigods might have thought that the post-lockdown period might blossom into an era of economic boom for the corporate, it proved to be a time of stagnation amidst mounting inflation and carpet-bombing by corona.

Again while the pandemic subsided, 2021 began with the Delhi Czars along with the Godi media as an intoxicated lot in the ‘glory’ of the self-proclaimed ‘conquest over the pandemic’, and indulgence in stupid rhetoric like ‘victory over corona without vaccine’, ‘vaccine guru’, ‘vaccine diplomacy’, ‘pharmacy of the world’ et al, other nations were burning mid-night oil in their relentless drive to pile up mountains of Covid-19 vaccines for their citizens.

All the focus of the Centre should have converged on stashing up vaccines and move to stitch up the economic wreckage on a war footing. Sadly enough, that was not to be. Fake self-glorification, bombastic rhetoric, words sans constructive deeds at ground level that ensued may only be as good as inviting doomsday for the nation with God-speed. Thus India’s present plight, both on the Covid-19 and economic fronts, is a result of the egoistic & megalomaniac culture of the Union ‘Bahubalis’.

The resultant outcome being that today with partial restrictions underway in Assam, the economic landscape appears to be where it was at the end of the first Covid-19 wave or even worse.

As various reports have it, the third Covid-19 wave may possibly lash across India in about two months from now. That seems to imply that as the second wave virtually comes to an end, the third wave may make its advent. Experts opine that the third wave could be a lot more dangerous. Economically, such a corona landscape may translate to even demolition & dismemberment of the remaining skeleton of the Indian economy.

While economies of the entire world were adversely hit by the first wave, they have become much wiser to keep the second wave at bay with pro-people policy and pragmatic approach. No wonder so many nations placed orders for Covid-19 vaccines in June-July-August 2020 while the Delhi Sultanate was stupidly indulging sham self-glorification and bullshit rhetoric through the Godi media.

It was only in January 2021 Delhi placed orders for a few crore vaccines of which about 84 per cent was exported to earn name & fame in the global fora, supported by the Godi media garbage like ‘Vaccine Diplomacy’, ‘Vaccine Guru’ etc.

A mumbo-jumbo government banking on loudmouthed jingoism can only lead the multitude to the graveyard, making economic rejig a mirage.

With the government having seemingly gone insolvent, the policy adopted with bulldozing thrust is privatisation which at the ground level means a sell-out of national wealth – railways, airlines, oil – the list goes on and on at a throw-away price. It is indeed very hard to build but very easy to sell. A nation with an economic policy of sell-out cannot hold a nation together.

That in turn may lead to dependence on foreign bank loans and debts with foreign countries. Economic dependence on foreign powers and financial institutions may tantamount to compromising with our sovereignty. If world history is any pointer, with the passage of time such dependence may further enhance while foreign powers along with some internal corporate honchos may begin calling the shots in all important sectors.

While the failure has become the hallmark of the powers that be at the Centre, one certainly shudders if in the backdrop Corona onslaught the Delhi ‘Bahubalis’ can at all build up the shattered economy with its policy of sell-out and borrowing as its backbone. Are we beginning to lose our hard-earned independence? All that an observer may say, “Oh God save India”.