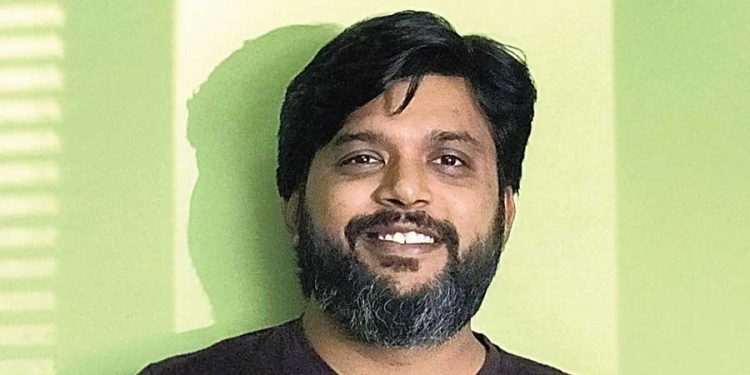 Danish Siddiqui, the Reuters photojournalist was killed on 15 July, in Kandahar while reporting a clash between Afghan Special Forces and Taliban attackers. Danish was only 41 years old at the time of his death. Till the other day, hardly a few people knew who Danish Siddiqui was, though many of us were familiar with quite a few of his photographs.

The Rohingya crisis in Myanmar is a well-known thing. Facing a hostile situation in Myanmar, a large number of Rohingya people fled the country and came to Bangladesh. Their journey to cross the Bangladesh-Myanmar border was a torturous one. In 2018, Danish Siddiqui and his colleague Adan Abidi took a photograph of an exhausted Rohingya refugee woman touching the shore, after crossing the Bangladesh-Myanmar border.  The photograph of the tired woman touching the earth on the side of Bangladesh was heart-touching! That single photograph speaks so much about the plight of the Rohingya refugees!

Is not their plight a curse on us? No wonder Danish and his team won Pulitzer Prize for Feature Photography for documenting the Rohingya refugee crisis. Then, we can refer to the photograph of the teenager who threatened to shoot at the anti-CCA protesters near Jamia Millia Islamia University in the presence of the police. Such a flagrant violation of the law before the eyes of the law-enforcing forces! The photograph was a reflection on the nature of the Indian state which was rued all over the county.

Then, there was the photograph of a lone anti-CCA protester cornered from all sides by a group of people and beating him mercilessly. What a gory scene and what infamy to humanity! Here, we must remember that the CAA is a most discriminatory law brought in by the present government by violating the basic tenets of the Indian Constitution. All of us know how the country was ravaged by the pandemic in the last two years.

In respect of pandemic, he took certain epic photographs highlighting the miseries of the people and apathies on the part of the government to people’s woe and suffering.  One such photograph was the photograph of Dayram Kushwaha, a migrant worker, carrying his 5-year-old-son, Shivam on his shoulders as they were walking along a road to return to their village from Delhi, during a 21-day nationwide lockdown.

Then, there were the photographs of the Covid patients in Delhi hospital in pathetic condition and also the photograph of the scene of mass cremation of people who died in Covid. There was another photograph of two sons comforting their mother after the death of their father in Covid. What a heart-wrenching thing! But these are just a few examples of his photojournalism. There are many more such photographs by him.

What are the challenges of a photojournalist? The first thing is to take a photograph you have to be present at the site of the event. Then, you have to take a decision at the spur of a moment. You don’t have time for any preparation. You have to shoot the photograph and must be able to capture the meaning.  Above all, you must be courageous enough to speak the truth through your photographs.

Speaking truth is a pricy and risky thing. How many people could do that? Not many. The trend is trying to show only the rosy side. How many people have the courage to say that the king is naked? We are living in a time when most journalists have lost their credibility. We are not asking too much from them. We are not even asking them to take sides. What we are asking for is nothing but a little professionalism from them. But, no they have even failed us in that. They have compromised their professionalism shamelessly. The spineless media is also responsible to a great extent for the degradation of democracy in India. The media is all sold out.

But Danish was a different breed of journalist altogether. It is most unfortunate that we lost this braveheart at the prime of his career. Even in the short span of life, he left indelible marks in the field of photojournalism in India. If we look at his works we shall understand that he was the epitome of true journalism in our time. Almost all his photographs were of extraordinary nature and some of them were just shocking and chattering.

His photographs were also multidimensional. And most importantly Danish was never shy of taking sides. He was not a fence sitter. He never hesitated in speaking truth to power. His photographs were very contemporary. But they also embody some element of timelessness and universality in them. Like all great works of art, they also reflect the human condition and the human predicament. In such a dark and miserable time, Danish’s journalism was not only a breath of fresh air but also reflective of our time. Danish! You are dead, but you will forever remain alive in our hearts!