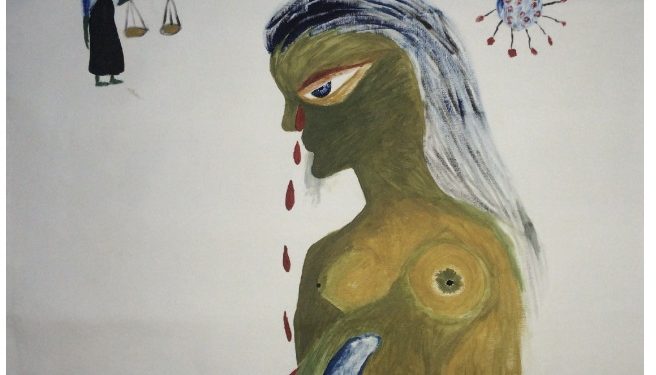 What all a small virus exposed

The virus which was until now synonymous with a menace only to the software professionals and common public using software devices has now lashed back with a pandemic, this time around the difference being a true virus showing its capabilities in its true face.

As has been with the case with other true viruses in the past (like HIV) we really don’t know wherefrom the virus has come.

Probably when the Europeans reached India and finally established their imperial regimes, even then, the local people hardly knew wherefrom the new kind of people came from.

Just like anything foreign, this new virus the corona virus (which is almost a racial slur now) which is actually a new virus named more aptly as COVID19 has exposed many things about us humans.

Firstly at individual level we all are almost aware of the virus, except may be around 10 percent of people, who may never know what this is all about, most know that its a disease which can kill, especially the old, the very young and immune-compromised people.

It is obviously unprecedented in the human history that such a large group of the intelligent animals called humans, now knows collectively all around the world, that there is something which can spread amongst them and kill.

At the societal level its more complex, various societies are divided or collectivised in various ways and Indian society as usual shows bare open its fault-lines in the wake of such emergencies.

At one end the centralising force in the capital of the country is gaining more strength, with the opportunity of the virus and its viral strength of transmission of its fear amongst the people.

The state governments have met the virus in their own way, which may eventually be called to scrutiny.

At the global level something like Wikileaks would have seemed not so necessary with heads of state playing real politik in real time on camera.

China already grabbing the opportunity as usual, to become the superpower in the Pandumbic (as they call it in US) times when US is seen clearly receding, US is not exemplary at least in number statistics of the infected and dead. And also US president becoming an unsolicited prescriber of an untested drug (hydroxychloroquine) for the country.

Coming to the drug (hydroxychloroquine )which was claimed by Dr Trump as promising and one odd French study on the drug  ( quoted by Dr Trump) and which was not recommended by other peer reviewed and standard journals, got into use during the scare as a prophylactic for health care workers and had started claiming lives already, and in a place none other than in  our Northeastern state Assam and one of its hospitals an anaesthetist died after having been on the medication, and the role of the medicine cannot be ruled out in his death, this being a clear case of the cure/ prevention being more harmful than the disease.

Assam is not new to these kinds of experiences, as is the case with malaria, the control of malaria by using pesticides against mosquitoes has reached such a level that, even in the present times the malaria control department uses chemicals like DDT which is banned all over the world for it’s dangerous effects on the ecosystem and even in humans, for instance there is well known differences in statistics of cancer in northeastern states and rest of the country. (Cancerous diseases are more in Assam as per national cancer registry)

Next is the role of the corporate sector in these times, shamefully enough, while one of the so called leader in the field of medicine was being interviewed he had a slip of his tongue and commented on BCG vaccine and told that it is actually for small pox (whereas it was meant for TB).

For a student in medicine it would be comforting that in the times of pandemic (or pan-dumb-ic) it actually doesn’t matter if it was anti malarial medicine being used against a virus or anti TB vaccine being tried as an anti viral vaccine. So it might be of relief to all those who failed their medical school that it really doesn’t matter, and for non Medical people it doesn’t matter if a president was a doctor and he was not knowing what to do in these pan-dumb-ic times.

This exposes a lot about us, right from president of the US to a common poor man on the road, what is more important is whether real medical professionals on ground are given their place in the society as credible scientific and rational people, and they the medical professionals must be talking some sense and also acting accordingly.

But to our dismay we find that when there is lack of funds to buy basic protective gear for the people caring for suspected and known cases of the pandemic, Indira IVF (claiming itself to be the largest chain of clinics in the country) was advertising in many channels and newspapers (for a non emergent medical need as IVF) .

Not to let go of the other corporate health care entities, it is well known that the infrastructure even in the corporate hospitals which employs a large group of non medical people (advertising, call centre, business developing and floor managing staff) is not in a state to offer the kind of numbers in beds and ventilators as may be required even if 1% of the population needs it. And at another end we all know of the dilapidated nature of the public health infrastructure.

A small virus which is not visible even under a compound microscope (like TB or malaria which is visible if stained properly) has exposed the whole human society, and if we are honest we must learn from this, learn how a country like china quietly emerges from even such a pandemic more powerful than it was before, and how even the most powerful like the US loses with an unqualified doctor prescribing unnecessary medicines at the helm.

How inside our own country the rich corporate health sectors (like Indira IVF which has made health care a business ) prescribes advertising for its generation of more patients and more money for a non emergent service(like IVF) while the country is suffering from lack of funds to fight the pandemic, one side while the poor quietly suffer double whammy of poor public health infrastructure in the wake of the pandemic, another side the lockdown stopped employment months on end, it will not be a surprise if all the so called leaders at the helm like in the US turn to china and allow its domination in the narrative of both cause and cure and also allow indefinite dependence on it for as simple as things like masks and testing kits.

Times of a new virus and welcome a new imperial yellow empire. As usual our people will never know where from the virus came or where the new rulers reside. They endlessly suffer the onslaught of changing times, harmful decisions from the top and continuous existence in dark ignorance about their own status of their health, country’s health infrastructure, state governments, sly corporate health profiteers and also probably their own bodies and minds.

This article hopes to take a critical look at the corporate health sector which garners 8 times more expenditure (which it greedily calls revenue) than the public health expenditure by the government (which is far less and no one asks why) the giants in the sector who regularly get media limelight seems lacking in vision and stance needed in the wake of the pandemic.

It would obviously be funny if a law would be passed to the effect that the corporate health sector must have social responsibility, because that had to be the premise a priori.

But in the wake of clear cut deficit in capacity ( masks, beds, PPE, ventilators and testing kits ) there would be no questions as to why they were not ready for the pandemic because they are obviously hand in glove with the power brokers( who win elections in so called democracy but are mere brokers for international free flowing money which may change colour from blue to yellow overnight secretly ) and kudos to the media which makes people more dumb rather than critical.