Before HIV/AIDS nets one in, let’s not score any… 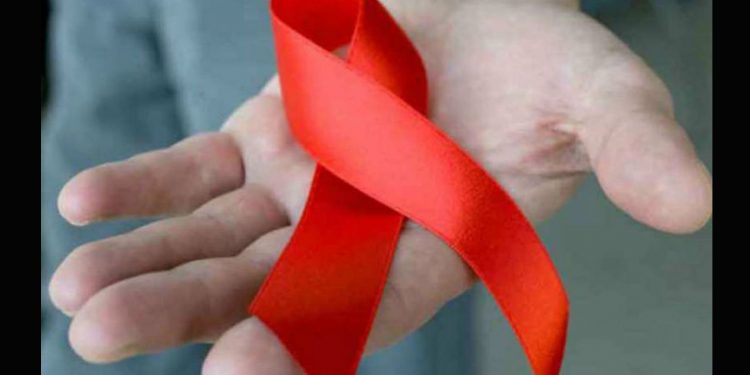 Ace filmmaker Vishal Bharadwaj, some years back, made a mini-feature film (not exactly a short film) about an HIV/AIDS survivor and his fight against the disease.

Initially, the film showed Siddharth to be suffering from HIV/AIDS and how it made his life- both personal and professional- miserable.

On later does he gets to know that owing to some “goof up” the reports got misplaced and not he but someone with the same name is infected with the disease.

Being relieved, he decides to meet the actual HIV victim (Pawan Malhotra) and tell him about his condition. Once Siddharth meets Malhotra, the reply Malhotra gives blows Siddharth off his feet.

I am dribbling with life and death and HIV is yet to score a goal against me. HIV might have shortened my lifeline, but not conquered the spirit. After HIV, I discovered a friend in my wife and angels in my friends. What more can a man ask from life?

Though it was a movie, these lines are true to the core. Being HIV positive doesn’t mean that life ends. But in reality, are these lines actually applied in?

How many of the HIV infected persons do actually find angel-like friends, standing by them no matter what? The social taboo linked with HIV is so deep and so strong that in most cases an HIV infected dies a tragic death, unknown and unheard and socially forbidden.

“Even in today’s jet age, being HIV positive is considered as something ‘unholy’,” said S Bora (name changed), a Guwahati-based medical practitioner who himself is an HIV survivor.

“Even though we have reached Mars, some basic misconceptions regarding HIV/AIDS still exist,” he added.

“When I tested positive, a number of my colleagues from the medical fraternity raised their eyebrows and questioned me with their looks. They began maintaining a distance from me,” he added.

“I was isolated (almost) and broken. I was somehow managing to hold on the fort and carry my duties,” Bora added.

“The best part was that my fiancee back then, who is now my wife, stood by me like a rock,” he further said.

“I don’t know as to how I might have got infected but I can certainly say that it was not the case of unprotected sex or drug abuse,” Bora added.

HIV/AIDS survivors always urge the prospective brides and grooms to do a blood test before marriage.

“An HIV blood test is much more important than the matching of the Kundalis,” say the survivours, most who are also HIV/AIDS activists today.

As per reports, India has the third-largest HIV epidemic in the world. In 2017, HIV prevalence among adults (aged 15-49) was an estimated 0.2 per cent (2.1 million people) of the total population were living with HIV.

Mizoram registers nine HIV/AIDS cases a day- which is highest in the country.

Society is of the opinion that a person tests HIV positive only because (s)he indulges in unprotected sex with multiple partners or shares the same syringe to push in drugs in the body.

The truth, however, is far from this as there are various reasons through which a person may get infected.

Several persons have even committed suicide as they were disowned by their families after they tested HIV positive.

A few, on the other hand, has been able to turn life 360 degrees on its head and are leading several awareness programmes on HIV/AIDS. Today they are the biggest inspiration for many HIV positive persons.

At this point, one must thank the Centre, various state governments and the National AIDS Control Organisation (NACO) for their commendable efforts in creating awareness on HIV/AIDS.

The role of the Indian Railways also needs to be appreciated in this regard.

On December 1, 2007, the then United Progressive Alliance (UPA) chairperson Sonia Gandhi flagged off the Red Ribbon Express– a seven coach train that became the first train to disseminate information and awareness about the disease across India.

Equipped with innovative and interactive communication devices, the specially designed train covered over 9000 kilometres in its year-long journey across the country, halting at 180 stations for a few days to make sure that its message reached far-flung villages.

The campaign was specially designed to sensitise the masses about AIDS and issues related to stigma and discrimination.

The objectives included- informing people about the primary preventive services; removing the stigma and overcoming discrimination against people living with AIDS; strengthening people’s knowledge about preventive measures and convincing them to adopt preventive health habits and lifestyle.

In the fight to aware people about HIV/AIDS and subsequently make them educated on the disease so that people living with it are not discriminated, the Doordarshan also played a vital role towards the late 90s and early 2000s with its series named Jasoos Vijay, where the protagonist even being an HIV positive, tried to educate
people on the disease and urged them not to discriminate those who suffer from it.

At this point, I repeatedly keep asking myself is that even after so much dissemination of knowledge and information about the disease, why do people still discriminate?

Is it fear or is it something else or is it just the common trend.

The answer, somewhat I feel, is criminal enough to put the person on the firing line of AK-56!

“Those infected with HIV/AIDS are actually cursed by the Lord. See, a normal person can never get infected with the disease. They have sinned and they are sinners. How can I rent sinners?” said a Guwahati resident who denied renting a room to two HIV/AIDS survivors.

“People like these should be put in some isolate island and left to die,” he added in a fiery tone.

It is sad to see that even in the 21st century, at a time when science has galloped to the outer most part of the galaxy, we are yet to accept the truths of medical science.

HIV/AIDS is like any other normal disease and like others, the victims of which also need love and care for curing.

The government is doing its part, the media too has jumped in and the onus lies on the society at large.

This World AIDS Day on December 1, come let us pledge to stand united and fight against the discrimination and spread awareness about the disease as much as we could.