Woman among 3 held with arms at Agartala rail station 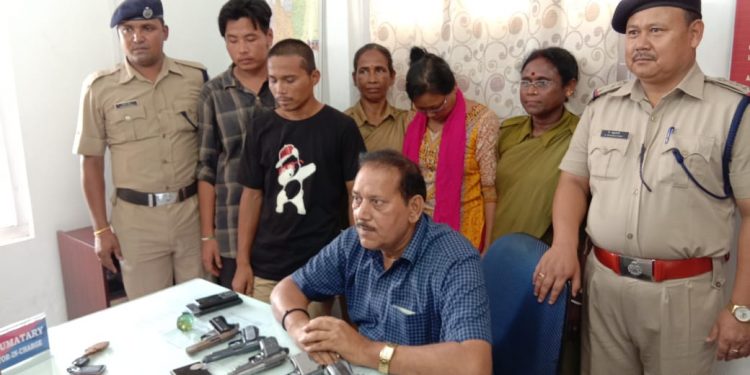 The arrested people with police officials in Agartala on Wednesday.

Three people including a tribal woman were arrested on Wednesday by the Railway Protection Force (RPF) along with five factory made pistols and some ammunition at the Agartala rail station.

He said that the tribal women who had boarded the train from Lumding in Assam was carrying the arms and ammunition and supposed to handover them to two tribal youths in Agartala railway station.

Two of the pistols are Italy made while three other were Myanmar made.

The youths were also arrested from the Agartala railway station and they were identified as Larence Debbarma and Binod Debbarma. All three were handed over to the Government Railway Police (GRP).