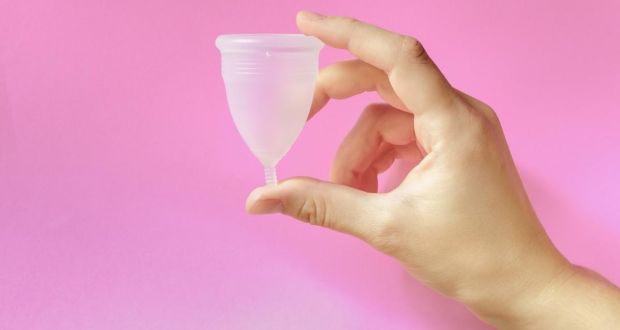 India as a country has seen quite a few progressive/regressive changes in the recent past and hopefully the progressive list would increase in the coming days.

However, there are certain issues that have always been a taboo in our country and one such issue is of ‘menstruation’, more commonly called periods. It is very difficult to have an open discussion about it as people seem to get extremely uncomfortable and prefer to discuss it behind closed doors.

The debate on the ‘Menstruation Benefit Bill’ tabled by Ninong Ering, a Member of Parliament in Lok Sabha representing Arunachal Pradesh in 2018, triggered widespread discussion on the need to have menstrual leave policy for working women every month.

The Menstruation Benefits Bill seeks to provide women working in the public and private sectors two days of paid menstrual leave every month as well as better facilities for rest at the workplace during menstruation.

The benefits would also be extended to female students of Class VIII and above in government recognized schools. However, the Bill if passed would not be path-breaking in any way as a girls’ school in Kerala had granted its students menstrual leave since 1912 and Bihar has had special leave for women for two days since 1992 called, ‘Special Casual Leave’.

The bill needs to cater to girls and women across sector/industry/profession/job roles and not just for women engaged in white collar work. This bill should equally cater to the blue, white, pink golden and all the other representations of collar jobs. While discussing/debating about the bill, it is important to not bias our lens and focus on only one section of women as women from all sections irrespective of the kind of work they do, menstruate.

While the white and golden collar jobs have facilities and luxury that can’t be matched up by the blue collar jobs, the basic coverage of blue collar workers under this bill, (if and when passed) would be a step in the right direction.

In 2016, John Guillebaud, professor of reproductive health at University College London, explained that period pain can be as “bad as having a heart attack”. A 2012 study titled Dysmenorrhea by Pallavi Latthe, Rita Champaneria and Khalid Khan states: “Dysmenorrhea (painful periods) is extremely common, and it may be severe enough to interfere with daily activities in up to 20 percent of women.

One could also talk about the typical stereotypes that are associated with women and ask if the contention regarding ‘Menstruation’ would be the same if men had it too. A Post by Siobhan Fenton in the Independent said, “Men wait an average of 49 minutes before being treated for abdominal pain. For women, the wait is 65 minutes for the same symptoms. It’s thought that this is because women are seen as exaggerating pain and being ‘dramatic’ due to sexist stereotypes”.

Countries like Japan, South Korea, Indonesia, and Taiwan have been providing female employees with paid menstrual leave dating back to World War II. However, the humiliation and shame that a woman had to undergo just to prove that she was actually on her periods led many women to avoid availing the leave all together.

Different bodies respond differently to the pain and discomfort experienced during menstruation. Given the difficulties and biological complexities that women go through, I think it is extremely important that such a bill be passed and women be given every right to avail of this leave when required.

While speaking of the bill, it is important to keep in mind certain medical conditions that are associated with menstruation such as menorrhagia, endometriosis, fibroids, pelvic inflammatory disease and the subsequent considerations of the above mentioned problems while formulating the bill in its entirety.

It is obvious that such a heated topic of discussion would invite opinions from all corners and people do have varying opinions on the same. A section of women are not in favour of this bill because they believe that such a law would further the bias against them at workplace and they would need to deal with unfair treatments in the form of  hiring bias, lesser pays, slower promotions and lesser participation in board meetings than already prevalent. Can we blame them? No.

This is exactly what needs to be changed. Women should not be punished for their biological framework. If women need to tolerate their pain in silence just to ‘fit’ in and not be outcast then we surely are paddling the patriarchy cycle ahead.

It is important to remind ourselves that when we talk about equality at workplace it means equality of all working conditions for men and women and not just those that can be accepted or rejected based on convenience. This is not a choice that women make every month, so if someone finds it difficult to be at the work for conditions not under their control then they should simply be allowed to avail the leave.

The first few Indian companies to have implemented this practice were Culture Machine followed by Gozoop, and then few others followed suit such as W&D, a feminine intimate health focused company and IndustryARC, a Hyderabad-based market research firm.

A few other progressive companies are in talk to implement the same. It is essential that for such a law to be in strict practice, the dialogue and conversation around it need to be there and well formulated working policies as well as labour laws need to be in place.

There are enough bias against women at workplace and otherwise, so for this bill to be successfully passed it is very important that a sensitive, well chalked out and carefully planned policy be incorporated.

In a country where the word menstruation is met with raised eyebrows and disgust, proposing for a ‘Menstrual Leave’ policy will be difficult but nevertheless a much needed change in the right direction.

Moitrayee Das can be reached at: [email protected]