Truth does not concern him, propaganda does, she says 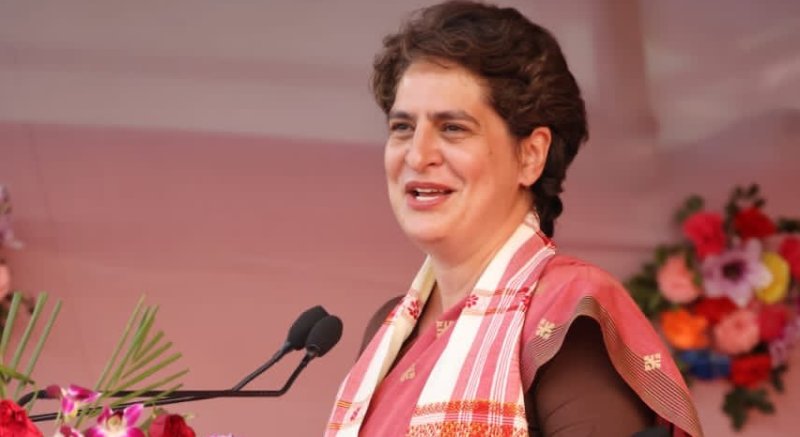 In a fresh jibe at Modi, Priyanka Gandhi on Saturday alleged that the PM attempted to hide the truth and shirk responsibility.

“Good governance in a crisis is about confronting the truth, seizing responsibility, and taking action. Unfortunately, the Modi government did none of these. Instead, from the beginning of the pandemic, it made every attempt to hide the truth and to shirk responsibility,” she said in her series “Jimmedar Kaun” (Who is responsible).

She alleged that Modi simply retreated and waited for the worst to pass.

“The Prime Minister of India has behaved like a coward. He has let our country down. The whole world has witnessed his incompetence in governance. His vast capacity for vanity has been exposed. Indians do not come first for him. Politics does. Truth does not concern him, propaganda does,” she said.

Priyanka further said, as a consequence, when the second wave hit the country with unprecedented force, the government lapsed into a state of inaction.

This inaction enabled the virus to spread with far greater ferocity and cause untold suffering.

She quoted Hindi poet Nirala to show the tragic situation, “The waters of the river Ganga were filled with corpses. There was no wood left in crematoriums to cremate the dead. In the blink of an eye, my family had vanished from before me.”

These lines were written by the celebrated poet Nirala in his novel ‘Kulli Bhaat’, in which he describes the grim scenes that unfolded during the Spanish Flu epidemic one hundred years ago.

Priyanka said, if only the Prime Minister had acted upon the countless warnings he had been given by experts from India and around the world and had listened to the recommendations of his own ‘Empowered Group’, or even to the Parliamentary Committee on Health, the country would not have faced the horrendous shortage of beds, oxygen and medicines that we did.

Had Modi cared about those who looked towards him for leadership, he would not have reduced the number of dedicated Covid beds between the first and the second wave, she said.

The Congress leader further said that families would not have been put through the trauma of desperately searching for help for their loved ones.

“We would not have lost so many precious souls just because the Prime Minister had not planned and prepared for what was to come,” she said.