We are keen to partner with NASA: Meghalaya CM 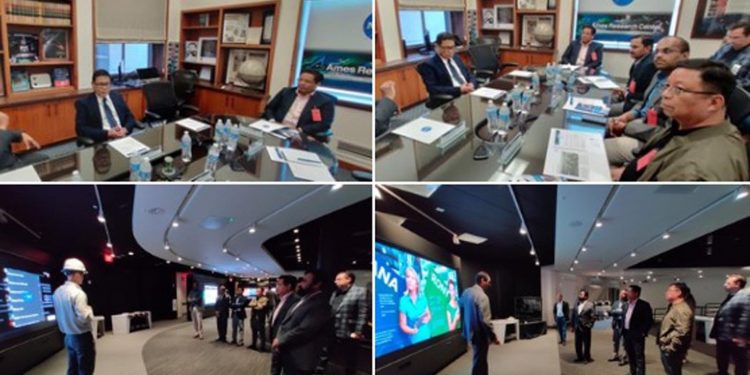 A delegation from Meghalaya led by chief minister Conrad K. Sangma on Wednesday visited NASA Ames Research Centre in California including UAS traffic management research centre and other wings of the NASA.

The officials briefed the delegation on the Unmanned Aircraft System Traffic Management.

After their visit, Meghalaya chief minister Conrad Sangma said, “We are very keen in partnering with NASA through the University of California for using drones to address problems of disaster management, reaching vaccines to remote areas and crop management.”

Held interaction at @NASA with officials to understand on the usage of scientific information and technology for common good of the citizens. pic.twitter.com/Jco7Il482J

The potential use of drones that will benefit ordinary people are growing from commercial opportunities to rescue operations.

“The CM, who is known for his IT skills and bringing in technology enabled solution, is now looking at ways and possibilities for expanding the use of technology for common good of the people,” said a press statement issued by the CM’s Media & Communications Cell.

The CM also met officials of Wipro Silicon Innovation Centre along with officials from the state including advisor to the CM Thomas A. Sangma, commissioner and secretary P. Sampath Kumar and South West Garo Hills deputy commissioner Ram Kumar.

Visited @Wipro Silicon Valley Innovation Centre. We are looking at possibilities of integrating technology for enhancing our public delivery.@CMO_Meghalaya pic.twitter.com/Y9HpVneYSm

The possibility of collaboration with Meghalaya was discussed at length during the meeting with officials of the Wipro at California.

“The discussion was on the lines of use of artificial intelligence in maternal and child health administration,” said Chief Minister Conrad K. Sangma.

“We had interaction and learning session with Catmull on how to enable innovation in organisations,” the CM said.

Met @edcatmull the cofounder of @Pixar Studios and winner of six academy awards. We had a great interaction and a learning session on how to enable innovation in organisations. pic.twitter.com/hpAZl9LPcU

An Erie Silk stole made in Meghalaya was gifted to Ed Catmull, who appreciated the harmless process of producing the silk.

“We discussed about MOTHER App an initiative of our government to provide facilities through technology enabled services to improve mother and child care, educational and rural development outcomes,” said the CM.