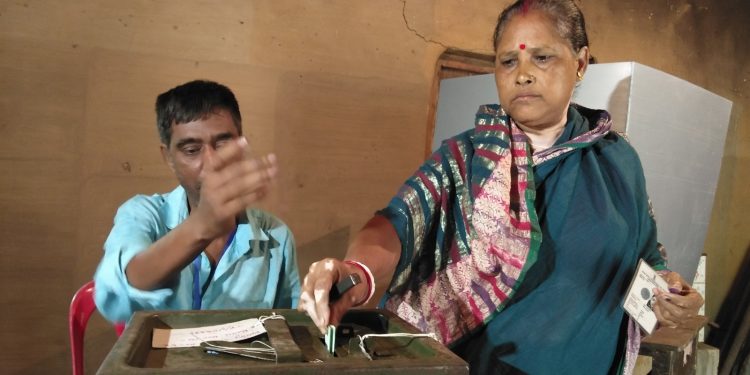 Under tight security voting for the three-tier Panchayat in Tripura began at 7 am on Saturday.

However, polling has taken place only in 14 per cent of seats as the Bharatiya Janata Party (BJP) has won the rest of the seats unopposed.

Also read: BJP all out to grab remaining seats in Tripura panchayat elections

Paper ballots will be used in the Panchayat election.

Polling is going on peacefully and there has been no report of any untoward incident from any part of the state.

The opposition Congress and the CPI(M) alleged that the ruling BJP has applied “terror tactics” to prevent them from fielding candidates, mainly in areas where they succeeded in securing a decent vote share in last Lok Sabha elections.

However, the BJP has viewed that the opposition parties are now “non-existent” in the state.

The Panchayat election is taking place in areas beyond the jurisdiction of the Tripura Tribal Areas Autonomous District Council, which has its own local-level set-up called ‘Village Council’ that will go to polls next year.

The counting of votes will take place on July 31.