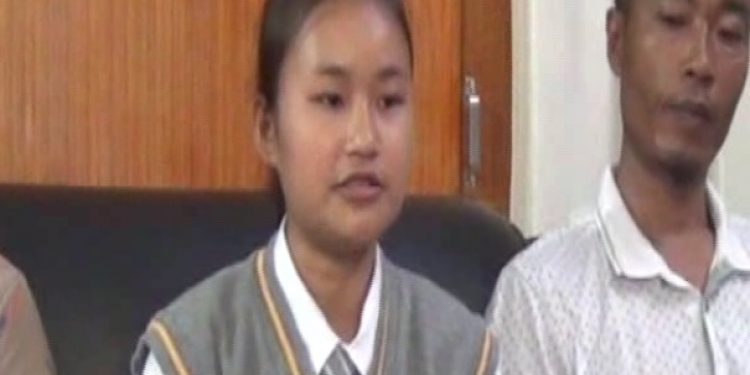 Daughter of a poor vegetable vendor, Lalrinnungi of St. Joseph Higher Secondary School, Aizawl clinched the top rank in the HSLC examination, 2019 in Mizoram, results of which were declared on Thursday.

Lalrinnungi, who hails from Sihphir village, around 15 kilometers from here, secured the top spot securing 486 marks out of 500.

Lalrinnungi said she broke into tears on hearing the result in the early hours of Thursday morning.

Lalrinnungi studied over seven hours every day apart from her regular class hours.

While the rest of the students passed time taking rest at home or going out for relaxation on Saturdays and went to church on Sundays, Lalrinnungi would spend her weekend helping her mom Zothangluanga selling vegetables in the market.

Although she had previously targeted to appear for civil service examinations in the future, after hearing the HSLC results, she now changed her mind and plans to study medical in future

A total of 17346 candidates appeared for the examination of which 11783 have passed successfully.

While 69.38 per cent boys passed the examination, the pass percentage of girls is 66.59 per cent.

72 schools recorded a 100 per cent pass percentage, while no students from 24 schools could pass the examination.

Aizawl topped the list with 80.98 per cent while Siaha recorded lowest pass percentage with 45.12 per cent.

F Lianhmingthanga, chairman, MBSE, believes that while the quantity has decreased, the quality has gone up.