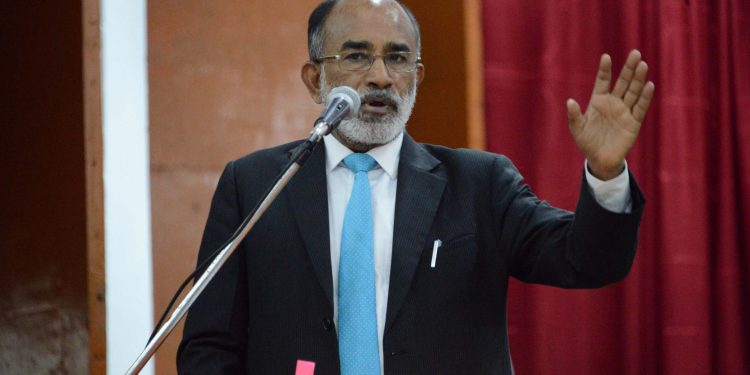 This is the second visit of the union minister to Sikkim in a span of less than fifteen days.

Addressing an event – Bharat Ki Mann Ki Baat – at the Community Hall, Pakyong in East Sikkim, the union minister highlighted the key achievements and accomplishments of the government in the last five years under the leadership of Prime Minister Narendra Modi.

He gave a brief outline of all the people-centric schemes implemented successfully by the central government.

Union tourism minister KJ Alphons appreciated the developmental initiatives of the state and termed Sikkim as a ‘model state’.

He said that he was highly impressed with Sikkim, its good-natured people and the cleanliness and eco-friendly practices, and said that he even mentioned Sikkim in his recent address in the Parliament as well as in television interviews.

The union minister further said that tourism and orchids are the special features of Sikkim and added they should be promoted nationally and internationally.

Informing about the event in Sikkim, Union tourism minister KJ Alphon stated on his Twitter handle on Thursday:  “Huge turnout at the Bharat Ke Man Ke Bath in Sikkim today.