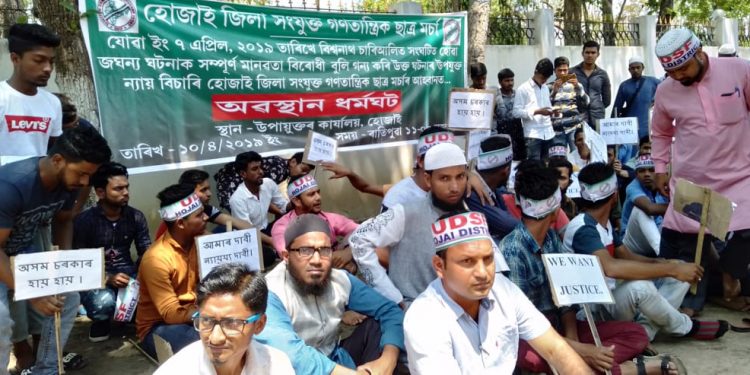 This demonstration was held in protest and demand the arrest of the culprits involved in the vicious attack on 68-year-old Shaukat Ali on Sunday at Biswanath Charali in Assam which has led to a lot of backlash.

UDSF Hojai district committee president Atikur Rahman and general secretary Habibur Rahman along with their members handed over a memorandum to deputy commissioner of Hojai district which was received by ADC Gauri Shankar Das.

In the memorandum, UDSF has demanded immediate apprehension of the culprits involved in the merciless crime and also demanded stringent punishment for those involved in this brutal incident.

Through Hojai DC, one copy each of the memorandum has been forwarded to chief minister of Assam, director general of police, Assam and the human rights organisation.

UDSF has further stated that if stern actions are not been taken within 24 hours, they will be obliged to hold massive demonstration lawfully all over the state.