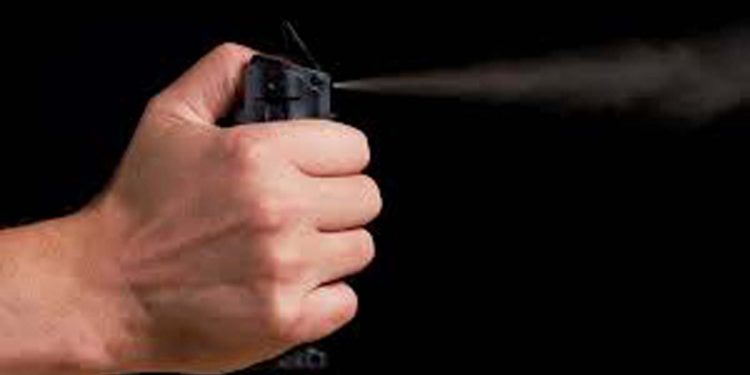 Tension and fear-psychosis grip people of Kokrajhar district as incidents of chemical spray attack on women and young girls continue to come in from different parts of the district.

In such an incident on Saturday evening, two minor girls were hospitalized after unidentified miscreants sprayed chemicals at two different places – Sonapur and Dharamtol village – in Assam’s Kokrajhar district.

According to sources, the miscreants sprayed chemicals at the girls while they were studying in their rooms and in both the cases, the victim girls became unconscious.

Immediately after the incidents, the girls shouted alarming their family members before becoming senseless.

The miscreants managed to escape under the cover of darkness leaving one black colour TVS Scooty Streak having registration no AS-16B-6601.

However, when checked on mParivahan app, no vehicle was found registered with the no AS-16B-6601.

Three persons identified as Mukesh Ray, Nehru Baruah and Haren Baruah from Patgaon area have been detained by police in connection with the incidents.

They are stated to be out of danger but are suffering from drowsiness.

They also visited the hospital and talked to the medical officer on duty.

“Cases have been registered and further investigation is on,” said police.

A series of incidents targeting women and girls using sprays have been reported from different parts of Kokrajhar district.

It has been alleged that the victim women or girls become unconsciousness after chemicals are sprayed by miscreants.

In some cases the miscreants outrage the modesty of women including rape and molestation.

“In some instances, the predators even film the act of sexual violence. Such incidents, reported in Kokrajhar since August last, have been taking place under the very nose of the police and district administration,” the locals alleged.