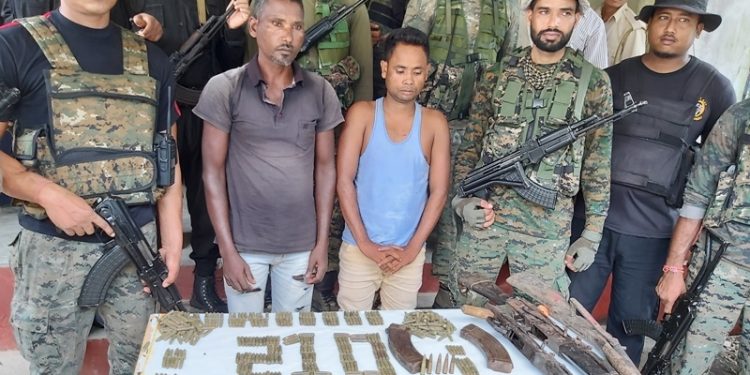 Police officials said acting on a tip off a joint team of police and CoBRA commandos of CRPF launched an operation in Lungsung village of Ultapani Ripu Chirang Forest Reserve area in Kokrajhar district and managed to nab the two rebels.

The arrested cadres belong to Adivasi Cobra Militants of Assam (ACMA), which is in cease-fire mode for last several years.

Two AK-56 rifles with two magazines, one muzzle loading gun and 637 rounds of ammunition of MI carbine  were recovered from them.

“Initial investigation revealed that both the cadre belong to Kannu Murmu led ACMA. Action would be taken against them as per law for flouting ceasefire ground rule,” SP Singh said.

He said that further interrogation is on to get more information from them and their activities.

Singh said operations against NDFB (S), KLO and Adivasi outfits have been intensified in the district.