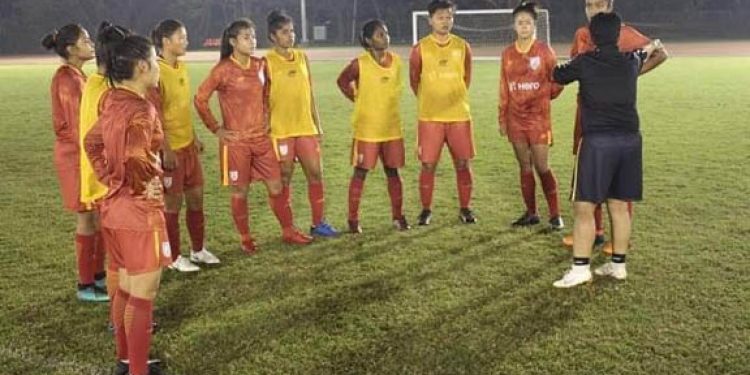 There will be two Sikkimese women footballers to play for the Senior Women National Team for the upcoming Turkish Women’s Cup 2019.

International footballers Lako Phuti Bhutia and Anju Tamang from Sikkim have been shortlisted by the All India Football Federation in Senior Women National Football Team to play in Turkish Women’s Cup 2019 to be held from February 25, 2019 to March 6, 2019.

The football team has left for Istanbul/Ankara on Wednesday to join a pre-tournament camp.

Lako Phuti and Anju Tamang hail from West Sikkim and both are regular members of the Sikkim Football Association senior women football team.

Sikkim Football Association (SFA) president Menla Ethenpa congratulated both the players and expressed his hope that they will put in 100% of their efforts to bring laurel to Sikkim in particular and to the nation in general.

He further wished them best of luck.

According to media reports, India have been clubbed with Romania, Uzbekistan and Turkmenistan in Group A, while France (B), Jordan, Northern Ireland and hosts Turkey make up Group B.

It has been reported that every team will play each other in the group once, with the group-toppers making it to the final.

Matches will also be played for the 3rd and the 4th slot, the 5th and the 6th slot, and the 7th and the 8th places.

The tournament is part of the Indian team’s preparation for the AFC Olympic Qualifiers Round 2 (in April) and
also the SAFF Women’s Championship scheduled to be held in March.

Since January this year, the Indian girls have played seven international matches that include their exposure tours to Hong Kong and Indonesia, and the Hero Gold Cup in Bhubaneswar.