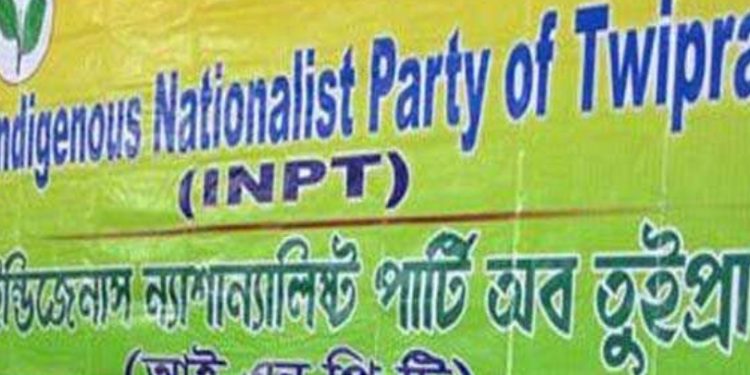 NCT was lead by Animesh Debbarma, former MLA in Tripura.

He was elected as a MLA in 2003 from INPT from Ramchandraghat constituency.

In 2007 he separated from INPT and formed NCT.

Now he with his party’s rank and file merged with INPT and from now INPT will be known as INPT (United).

The merger came following a series of discussions between the two.

Leaders of both the parties hoped that INPT (United) would play a crucial role in the ensuing polls to the ADC as a strong political power.

INPT general secretray Jagadish Debbarma, the second in command in the party said, “All the NCT leaders will be given deserving respect in the party and the party state committee will be restructured”.

Animesh Debbarma said he is not new for INPT.

He was from INPT and now again joined with the party.

He hoped INPT (U) will earned good response from the State.

On Saturday the significant part of the programme remained the presence of TIPRA chief and ex-PCC chief Pradyot Kishore Debbarman.

In his speech he hoped that the regional parties would become stronger in the days to come.

Autonomus District Council election will be held on next month in Tripura.

And just before the election this merger will create some benefit for INPT in Tripura.