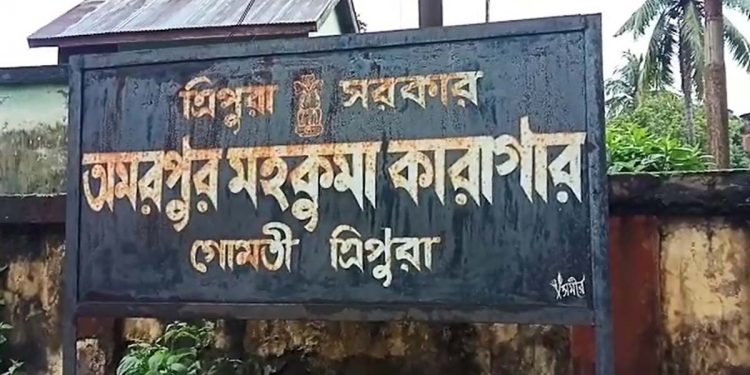 The 28-year-old deceased jail inmate has been identified as Sajadu Mug, a resident of Shilachari in Gomati district.

“The body of Sajadu Mug was found hanging inside the cell of the jail in the morning today,” said the Sub-divisional magistrate (SDM) of Amarpur, Vijay Sinha.

He was brought from Udaipur to the Amarpur Jail on Monday.

The jail inmate was arrested in an altercation case.

After receiving the news of the incident, the police and the sub-divisional magistrate went to jail.

On January 28, 2020, an undertrial in a NDPS case was found dead in a Tripura jail after which a probe order was issued.

“According to jail authorities, Sanjib committed suicide. We are now probing the death,” a police official.