Tripura: TTAADC decides to pay Rs 3000 each to 5983 Jhumia families

The TTAADC Deputy CEM said the Tripura government's Tribal Welfare department has been informed to initiate proceedings for payment to these families. 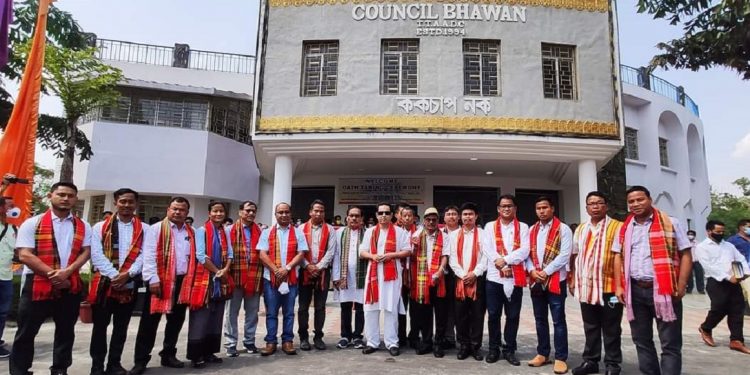 The Tripura Tribal Area Autonomous District Council (TTAADC) administration has decided to pay Rs 3000 each to a total of 5983 Jhumia families residing in areas falling under the Council.

Animesh Debbarma, Deputy chief executive member of TTAADC informed that there are plans to provide financial assistance to Jhumia families residing in the Council areas.

As per the plan, a total of Rs 3000 will be given to each of the 5983 Jhumia families works relating to clearing of jungles, sowing seeds and jhum harvesting.

The TTAADC Deputy CEM said the Tripura government’s Tribal Welfare department has been informed to initiate proceedings for payment to these families.

On the other hand, TTAADC’s Chief Executive Member (CEM) Purna Chandra Jamatia said that the Council is mulling to recruit police personnel in the Council areas by themselves.

Also read: Tripura, with 98% coverage, tops vaccination in 45 years and above category

He said that as many as 15 proposals have been sent to the central government for further empowerment of the district council.

The Tripura government has sanctioned Rs 577.23 crore in the budget of the TTAADC for the financial year 2020-21.