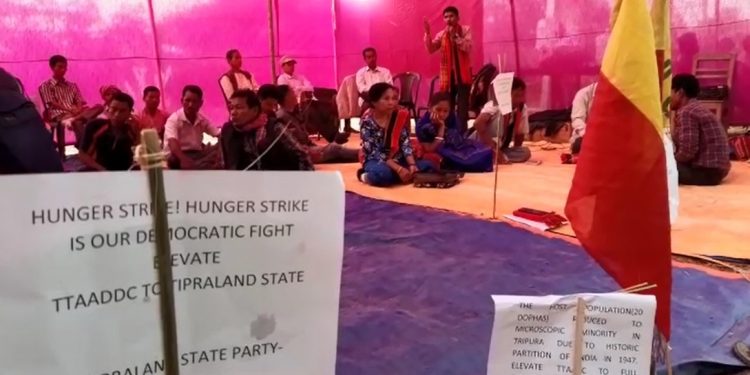 The demonstration was held at Baromura hill range.

TSP leaders and workers from across the State joined the programme.

Indigenous People’s Front of Twipra (IPFT), the alliance partner of BJP in Tripura has also been raising the demand of seperate state.

The Autonomous District Council election will be held next year.

So other regional indigenous parties in Tripura are now raising the demand of ‘Tripraland’.

TSP leader Chittaranjan Debbarma the indigenous people are in threat in their own land.

The indigenous people are marginalized in Tripura, he felt.

So the government should declare a separate state comprising ADC areas, he reiterated.