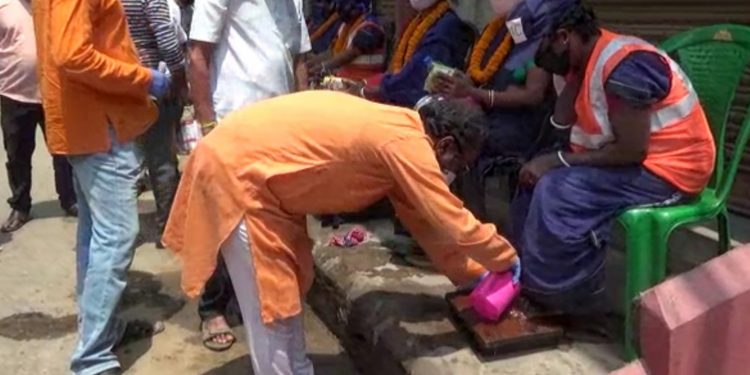 Prime Minister Narendra Modi on February 25 this year visited the Kumbha Mela and washed the feet of five sanitation workers there.

Apart from being a senior political leader, Alok Bhattacharjee is also a professor at Tripura University.

“At this crisis hour, the service provided by the cleaners and the sanitation workers is of utmost importance,” Bhattacharjee said while speaking to the media.

“They keep our cities and localities clean, which is very essential during this COVID-19 pandemic period,” he further said.

“We should respect everyone,” Bhattacharjee added.

Later, the BJP leader also donated some rice and other things to the sanitation workers, apart from gifting them flowers as a gesture of respect.