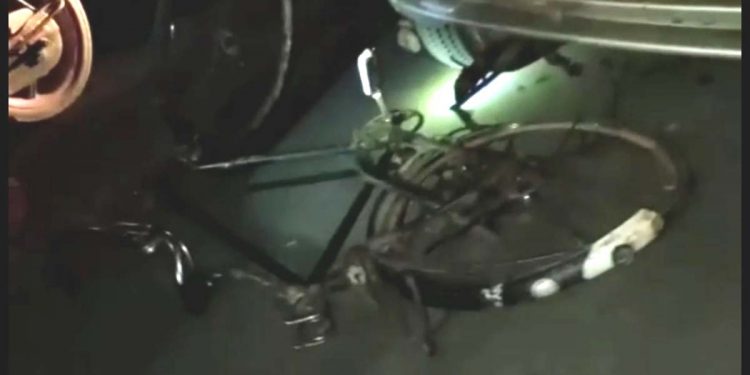 A view of the accident spot. Image credit - Northeast Now

A priest died in a road mishap on Saturday night while returning home on a bicycle from a Durga Puja pandal in Tripura.

The road mishap victim has been identified as Jiban Chakraborty.

The incident took place at Dhalirai under Sonamura sub-division in the Sepahijala district.

The priest died as his bicycle was hit by a vehicle on the Maha Ashtami night.

Chakraborty was engaged as a priest in a Durga puja mandap in the locality.

“He was returning home on his bicycle after completing Maha Ashtami puja but he fell from his bicycle as a speeding vehicle hit him. He was seriously injured in the accident,” said sources.

“The seriously injured priest was immediately taken to Sonamura Subdivisional hospital but the doctor declared him dead,” sources added.

“The death of the priest, who was engaged in a Durga Puja mandap in the locality, has shocked the locals. The locals have demanded stringent punishment to the guilty,” sources added.

Several road accidents have been reported from different parts of the state during the puja days.

A good number of people have reportedly been injured due to accidents.