Indian police throw blocks of confiscated marijuana onto a bonfire as they incinerate some 4250 kilos of the drug, which was according to authorities worth about 7 million Indian rupees in Agartala Image Credit: Northeast Now

During an anti-drugs drive, the Tripura police on Wednesday destroyed Marijuana (locally known as ganja) along with other seized drugs and contraband worth Rs 7 to 8 crores by burning them, said a top official.

This is the third incident of destroying seized drugs in less than two months while earlier the police had destroyed marijuana and contraband worth Rs 4 crore.

“All these were seized during anti-drugs operation throughout the state by various security forces and the total worth of all these in the market is around Rs 7 to Rs 8 crores,” the DIG mentioned.

He further added that since the new government came to power in Tripura. little more than a year back, under the leadership of Chief Minister Biplab Kumar Deb who declared anti-drugs operation under the ‘Nasha-mukt Tripura’, various security forces launched a massive drive for seizure of all sorts of narcotic drugs including ganja, Yaba tablets, cough syrups, and heroine and seized ganja weigning 71,000 kilogram besides other drugs.” 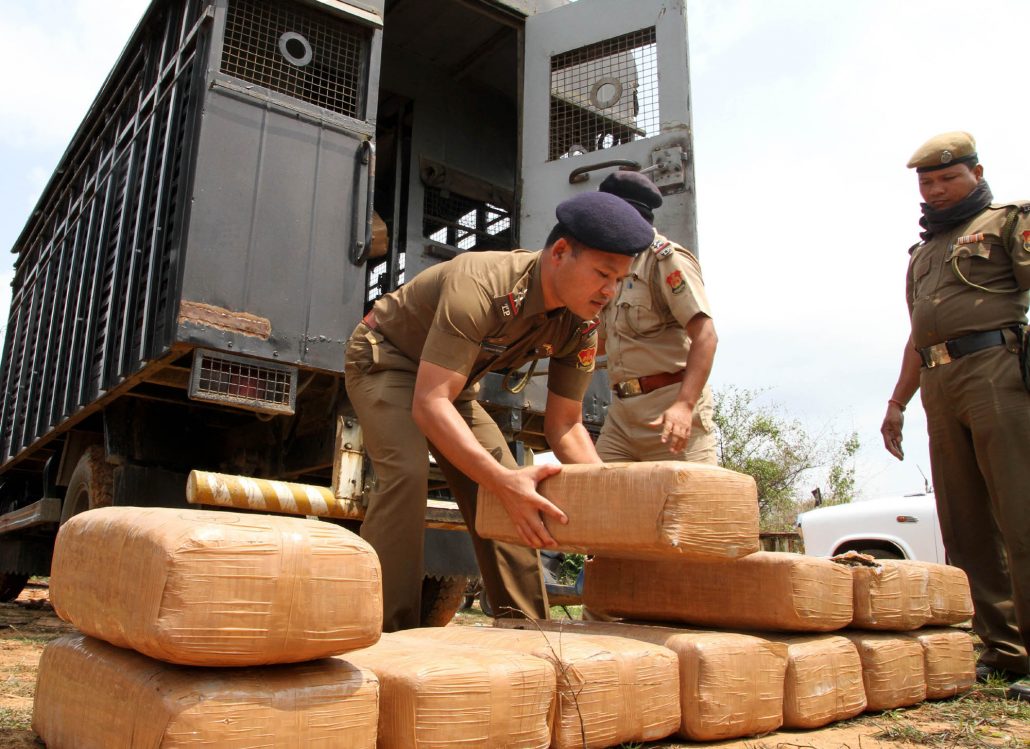 The destruction of the marijuana took place at R K Nagar industrial estate in the outskirts of capital Agartala.

A large quantity of the seizure was done while Marijuana was being transported to Assam, Bihar or Uttar Pradesh either by road or train.