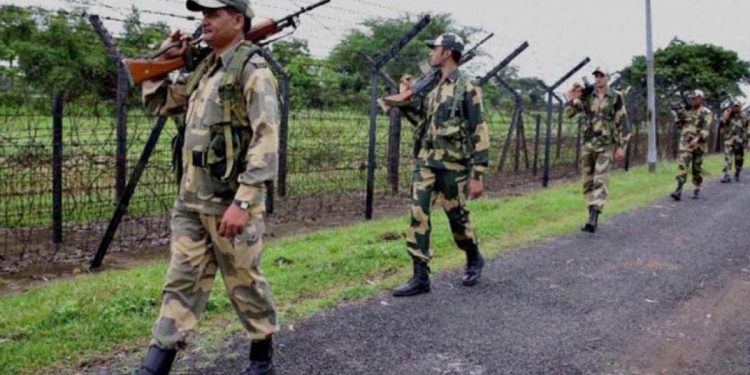 The Indo-Bangla international border in Tripura

A man from Sonamura in Sepahijala is suspected to have been abducted by miscreants from Bangladesh.

Rashid Alam a resident of ward number 5 of Sobhapur gram panchayat under Sonamura Police Station was stopped by the Border Guards of Bangladesh (BGB) personnel on June 5 while going towards a pond across the Indo-Bangla international border.

Alam had reportedly argued with the BGB personnel saying that while illegal activities are allowed along the border, he was being prevented from going to the pond for some work.

He had even reportedly threatened to complain against them.

Two days after the incident when a stranger came to Rashid Alam’s house to sell a mattress he reportedly abused the latter saying that he did not look like a mattress seller and asked him to leave the house.

Later, the mattress seller crossed over to Bangladesh and returned with Kamal Hussain, a Bangladeshi national.

They together caught Alam and forcibly took him to across the international border.

Hearing the cries for help from Alam’s wife Khursheda Begum, locals rushed to the spot.

Sources said that the duo handed the victim over to the Bangaldesh Rifles (BDR).

Although the Border Security Force was informed about the incident, Alam is yet to be traced.

However, a senior police official of Sepahijala district said that Alam was involved in several anti-social activities in that area and would often go to Bangladesh.

He might have left for the neighbouring country or is pretending to have been kidnapped, though investigations are on to locate his whereabouts.