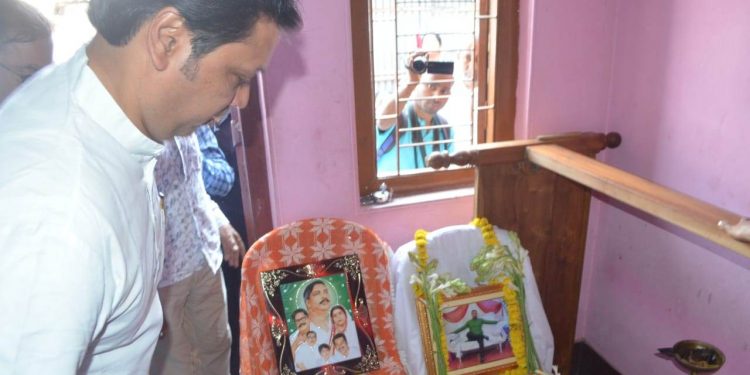 The Tripura government has ordered a magisterial inquiry into the death of a lawyer in Agartala allegedly due to negligence of doctors.

30-year-old lawyer Bhaskar Debroy, who had met with an accident at Dhaleshwar in Agartala on Friday, died at Agartala Government Medical College (AGMC) on Saturday.

Chief minister Biplab Kr Deb on Tuesday ordered a magisterial probe and asked to submit the report within 72 hours.

“I have ordered the district magistrate to conduct a probe into the death of lawyer Bhaskar Debroy and asked to submit inquiry report immediately,” Deb twitted on Tuesday.

Chief minister Deb visited Debroy’s house and talked to his mothers and other family members.

The death of the young lawyer allegedly due to the negligence of doctors triggered huge uproar in Tripura.

Debroy, a resident of College Tilla area of the city, had met with a motorbike accident in Dhaleshwar on Friday.

He was rushed to the trauma centre unit of AGMC, where doctors after preliminary investigation sent him to emergency.

The lawyers of Agartala staged a protest front of the police headquarters demanding immediate arrest of the accused doctors.