On this issue I am with Pradyot Manikya to protect the interest of legal citizens over illegal migrants, says Kaushik Chakraborty 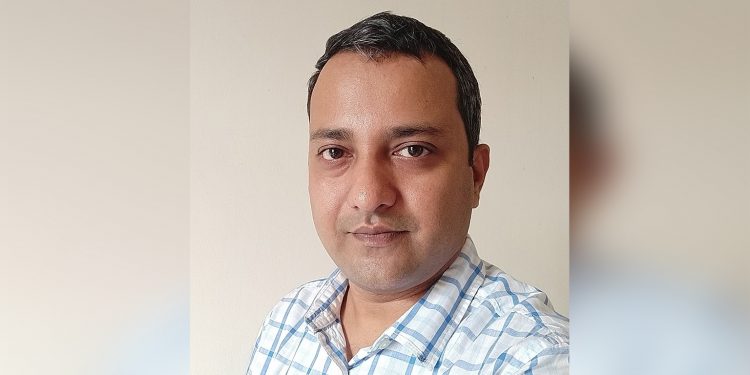 A Tripura government doctor has been suspended for his controversial tweets.

A government order on  Monday barred Kaushik Chakraborty , who teaches in Tripura Government medical college, from leaving Agartala and said ‘disciplinary proceedings were contemplated’ against him.

Chakraborty was issued a show cause notice, but his reply on Sept 11 smacked of ‘ arrogance”, said the government order .

Chakraborty pleaded that his tweets and FB posts reflected his personal opinion, which he claimed he was free to express.

“I’m a proud Indian citizen from Tripura and oppose Citizenship (Amendment) Bill as it would alter vulnerable demography in NE India & create unwanted tension between many communities,” says one of Chakrabrorty’s tweets.

“On this issue I am with Pradyot Manikya to protect the interest of legal citizens over illegal migrants.”

Pradyot Manikya Deb Barman, a scion of Tripura’s erstwhile royal family, had to step down recently as the Tripura Congress president for pitching to extend the NRC exercise to Tripura . 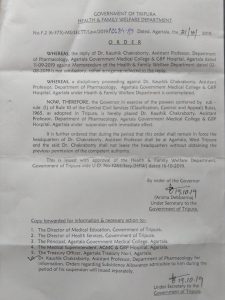 Deb sacked Sudip Barman from his cabinet as health minister after a bitter factional feud and followed it up with a purge in the department after taking charge of it personally. (( collage of Biplab/ Sudip Barman)

Several people including a college student have been arrested for social media comments in the last few months in Tripura.