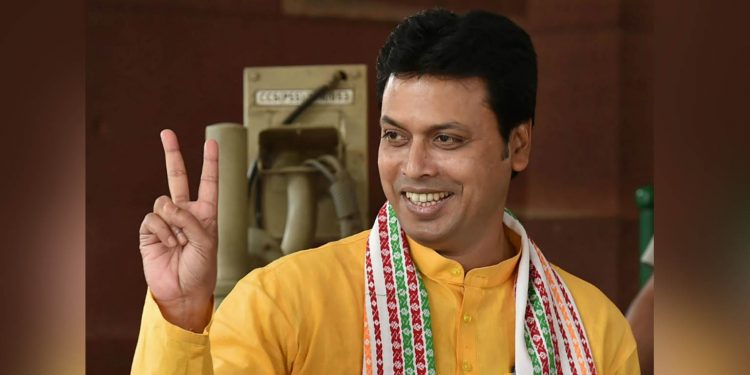 Tripura Chief Minister Biplab Deb informed that after the BJP came to power in the state in 2018, it has cancelled 67,000 fake ration cards involving 2.81 lakh people.

“These fake ration cards were issued by the previous CPI (M) government in the state,” he further said while speaking at an official function on Sunday night.

“The 67000 fake ration cards involving 2.81 lakh people were identified after the computerisation of the Public Distribution System (PDS),” he further said.

Speaking on the occasion, Tripura food, civil supplies and consumer affairs minister Monoj Kanti Deb said, “Most of the people possessing the fake ration cards could
be illegal Bangladeshi nationals.”

End-to-End Computerisation of the Public Distribution System (PDS) was completed in Tripura in 2018.

Tripura is the first state in the northeast to complete the computerisation of PDS.