These people were affected due to 34,000 Reang tribals' shelter in northern Tripura 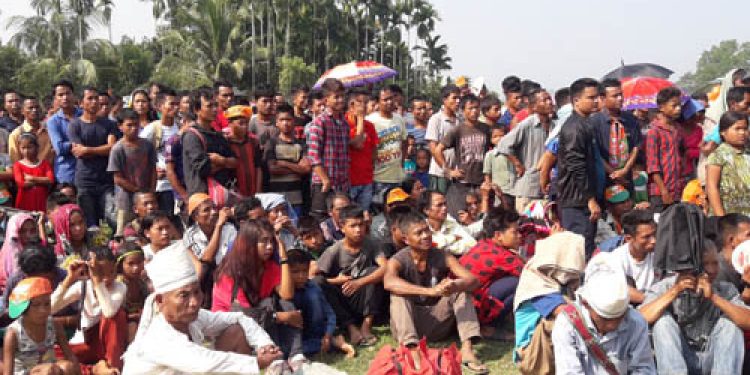 Thousands of non-tribals in Tripura on Thursday organised a rally demanding rehabilitation of hundreds of displaced people.

These people were affected due to 34,000 Reang tribals’ shelter in northern Tripura after they fled from Mizoram 23 years ago due to ethnic unrest.

Central government on January 16 signed a tripartite pact for rehabilitation of Reang (Bru) refugees in Tripura.

As per the pact, those Reang tribals among the 34,000 migrants unwilling to go back to Mizoram, would be rehabilitated in Tripura under a Rs 600 crore package.

Around 15,000 people, mostly non-tribals under the banner of the Nagarik Suraksha Manch (citizen protection platform) participated in the rally held at Kanchanpur in North Tripura.

They demanded rehabilitation of the displaced non-tribal people, mostly Bengalis.

Rights group and student leaders from Delhi, Kolkata and Guwahati including Chandan Chatterjee and Kausik Maiti and leaders of different political parties addressed the gatherings.

According to the pact, each Bru refugee family would get a plot to construct a house, along with a monetary aid.