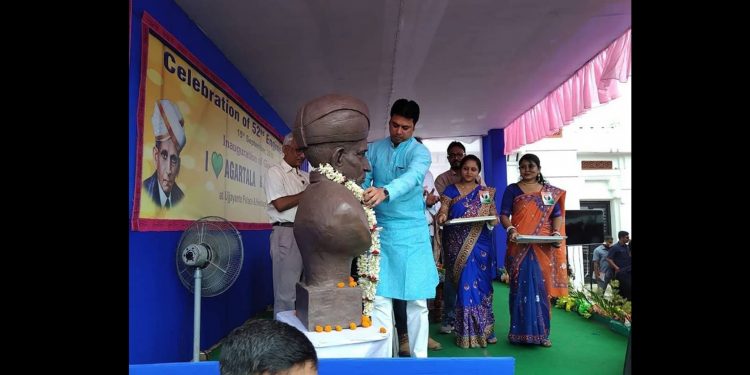 Tripura Chief Minister Biplab Kumar Deb said he supports Hindi as the national language and said over 50 per cent of Indians speak Hindi.

He was addressing the engineers on the occasion of 52nd Engineers Day in Agartala on Sunday.

“The union home minister Amit Shah himself is a Gujarati and even then he supports Hindi as the national language,” the CM said.

“Those opposing Hindi as national language are those people who have no affection left with this country,” Deb further said.

“We use English as a medium only because we were under the British rule for 200 years,” Deb further said.

“Due to this reason English became a status symbol for many,” he added.

“It is not that only English speaking nations progress. Had it been the case then Germany, China, Japan, and Russia would have not developed,” Deb further argued.

The CM, however, made it clear that he was not against English or was trying to impose Hindi.

“I am supporting Hindi as the national language as maximum Indians speak the language,” Deb added.