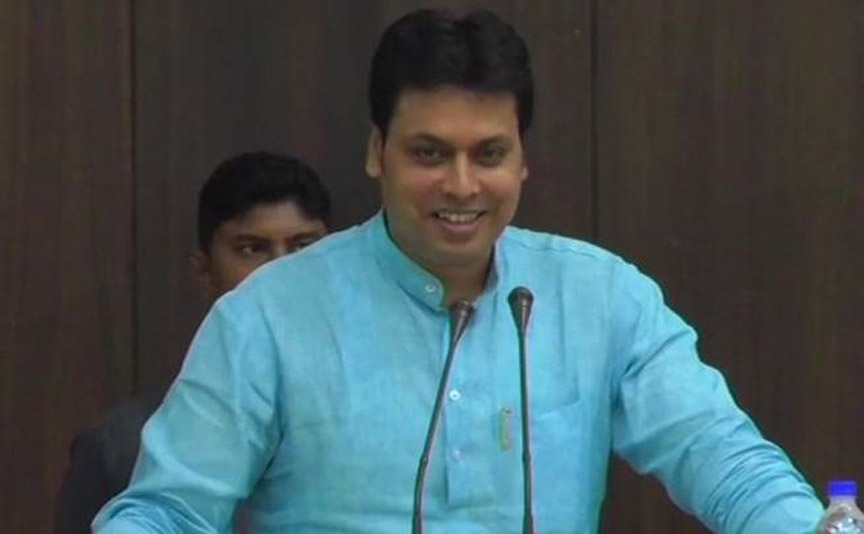 Tripura Chief Minister Biplab Kumar Deb on Wednesday attended a meeting at Rashtrapati Bhawan in Delhi in connection with the nationwide celebration of 150th birth anniversary of Mahatma Gandhi organized by the Ministry of Culture.

The meeting was chaired by President Ramnath Kovind which was attended by Prime Minister Narendra Modi, Union Minister for Home Affairs Rajnath Singh, Chief Ministers of all the states, several Union Ministers and some dignitaries from foreign countries.

During this meeting, there were discussions undertaken on various means to spread Mahatma Gandhi’s message of peace and non-violence along with the Gram Swaraj, Sanitation etc across the world for celebration of 150th birth anniversary of Mahatma Gandhi.

Recently, the Chief Minister had a meeting with Indian envoy to Dhaka Harsha Vardhan Singla here and discussed some state related issues with Bangladesh.

Deb is likely to share excerpts of that discussion with External Affairs Minister Sushma Swaraj during a meeting in the national capital.