The new ministers will fill up the vacant portfolios that Tripura chief minister Biplab Deb has been holding on to since 2019. 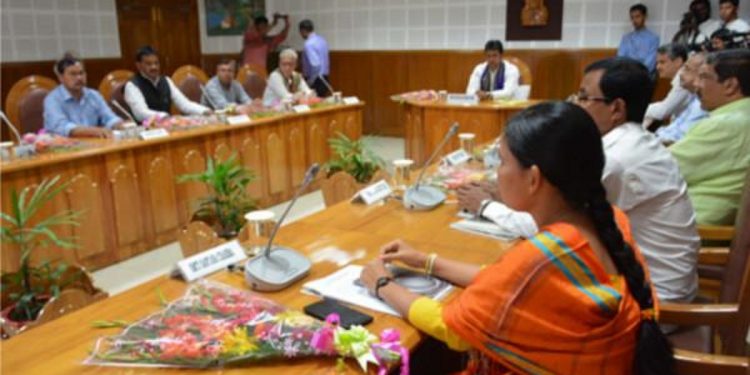 An expansion of the Tripura cabinet in likely to take place soon.

With an eye on the 2023 Assembly elections in the State, the BJP-led Tripura Government is all set to induct more members in the cabinet.

The new ministers will fill up the vacant portfolios that Tripura chief minister Biplab Deb has been holding on to since 2019.

A senior leader of the Tripura BJP informed that the saffron party’s central leadership has given a go ahead for a cabinet re-shuffle and expansion.

“It is likely that an announcement on cabinet re-shuffle and expansion would be made soon,” sources in the Tripura BJP informed Northeast Now.

Sources also confirmed that the new cabinet would be formed, keeping in view the 2023 Assembly elections in the State, “as leaders from different castes and communities would be given an opportunity” in the cabinet.

There are also chances that few of the serving Tripura cabinet ministers will be shown the door to accommodate ‘deserving’ MLAs.

Currently, Tripura chief minister Biplab Deb has been holding on to as many as four additional portfolios.

While, three of them have been lying vacant, ever since the BJP-IPFT coalition formed the government in the state in 2018.

On the other hand, the portfolio of health and family welfare has been lying vacant since 2019, when CM Deb fired senior BJP legislator Sudip Roy Barman from the cabinet.

If sources are to be believed, Sudip Roy Barman was offered a cabinet berth during the recent visit of BJP central leaders to Tripura. However, Barman turned down the offer.