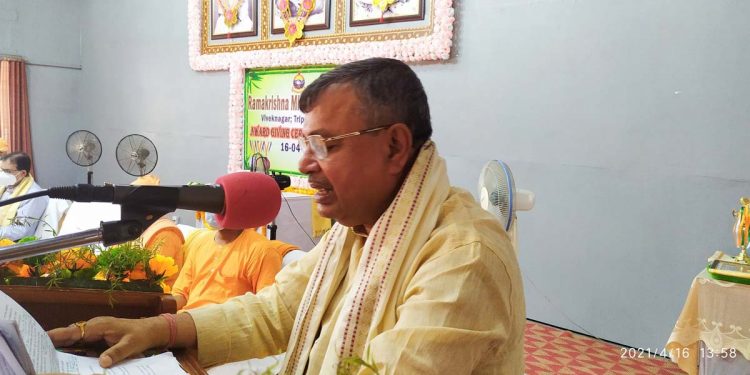 The Tripura Cabinet has approved appointment of 164 doctors through Tripura Public Service Commission (TPSC) on an emergency basis to deal with second wave of Covid19 in the state.

A notification will be issued soon to complete the recruitment process this month, said Tripura education minister Ratan Lal Nath told reporters at the State Secretariat.

Minister Nath said incentive of 10 marks will be given to the doctors, who are engaged in the service of Covid19-infected patients on contract basis.

Nath informed that 305 doctors have submitted applications so far seeking appointment as doctors on contractual basis.

He claimed that there are enough doctors in Tripura to deal with the Covid19 situation.

Minister also said the Covid19 situation was discussed in the State Cabinet meeting on Friday.

There are 997 MBBS doctors, 18 homeopathic doctors, 42 Ayurvedic doctors and 53 dentists (BDS) are working in various hospitals under the Tripura government.

Besides, there are 205 Ayurvedic and homeopathic doctors, 48 doctors (BDS) and 5 MBBS doctors working under the National Health Mission (NHM).

Education minister Nath said the Tripura government has realised the need for an adequate number of doctors to deal with the Covid19 situation.

He claimed that the recruitment process would be completed within this month and a notification would be issued soon.

Nath said, “There will be 100 marks for API and 15 marks for interview in the recruitment test.”

“Those involved in the treatment of Covid19 affected people will be given incentive of 10 marks,” he said.

May 5 was the last date for submission of applications.

The deadline would be extended to May 10, he said.