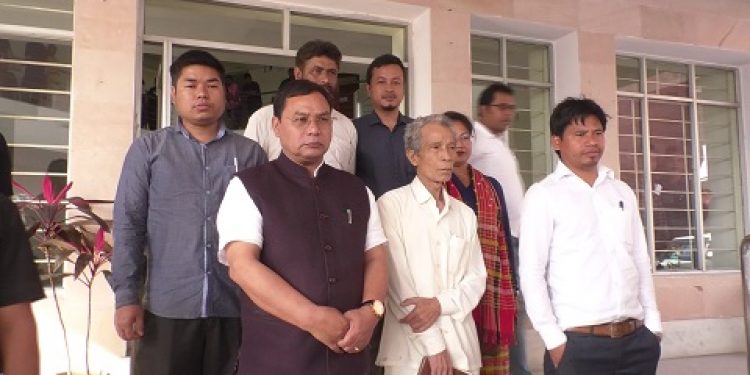 The Indigenous People’s Front of Tripura (IPFT), an alliance partner of the BJP led government in Tripura, has decided to launch a protest from January 6 at Khumlung.

In an embarrassment for the BJP, the tribal party will launch the protest demanding separate Tipraland for indigenous people and scrapping of Citizenship (Amendment) Act (CAA).

The IPFT general secretary Mevar Kr Jamatia said that they had been persuading with the central government for Tipraland issue on a number of times.

“On every occasion they were assured by the Centre but no fruitful action has yet been taken,” he rued.

“When we are fighting for Tipraland to secure rights of the indigenous population over a decade, the central government despite strong protest from almost all the states and parties forcefully passed CAA to provide citizenship to the illegal migrants from Bangladesh, Pakistan and Afghanistan,” he said.

“We strongly opposed the move and requested to keep Tripura out from the ambit of CAA, govt paid no heed to our demand,” Jamatia said.

He further pointed out that the life and culture of the indigenous community in Tripura have been threatened due to continuous influx from Bangladesh.