Says overall development of the Northeast is BJP's priority 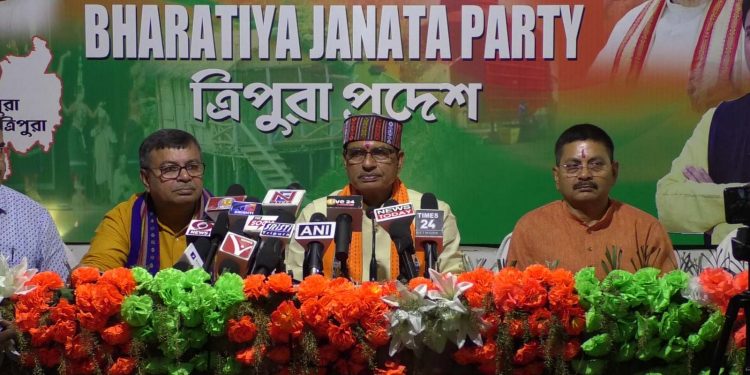 Former Madhya Pradesh chief minister and BJP Vice President Shivraj Singh Chouhan on Thursday said that the Congress and the UPA are responsible for the backwardness of the Northeast.

He was addressing a press conference at the BJP headquarters in Agartala.

Chouhan was in the state on a two-day visit to oversee the ongoing membership drive of the BJP in the state.

“Rahul Gandhi and Manmohan Singh’s party had a step-motherly attitude towards Northeast and they are the culprit for the region’s backwardness,” Chouhan said.

“The Congress-led UPA has done injustice to the Northeast and is responsible for the underdevelopment of the region and Tripura,” Shivraj Chouhan further said.

“It is the BJP led NDA government that under Vajpayee had focused with special packages for the Northeast and formed a separate ministry for the tribal communities,” he added.

Shivraj Chouhan also claimed that the Northeast’s overall development has always been a priority of the BJP.

Lashing out at the UPA government, Chouhan said that no substantial development of the region took place during the Congress-led UPA’s 10-year tenure.