After a gap of more than five decades, India and Bangladesh resumed train service between Kolkata and Khulna in November, 2017. Image credit: DNA

In September 2018, India and Bangladesh also decided to revamp the Chilahati-Haldibari rail connectivity which would facilitate plying of freight and passenger trains from Bangladesh to Darjeeling via Siliguri. Earlier, during Prime    Minister Sheikh Hasina’s momentous visit to New Delhi on April 7-10, 2017 two rail links were opened. Currently, the two neighbouring nations have been working closely to improve railway connectivity between them.

A major part of the India-Bangladesh trade is conducted through railways. For the last few years, Bangladesh Railway (BR) has been providing seamless access to Bangladesh ports for Indian cargo. The two South Asian nations enjoyed railway connectivity during the colonial period and even after partition. Unfortunately, those were stopped after the 1965 India-Pakistan War and no serious attempt had been made by New Delhi and Dhaka to restore the previous rail links following the independence of Bangladesh in 1971. However, for the last ten years or so, both the nations have been making concerted efforts to upgrade transport connectivity, including railways for smooth movement of passenger and cargo between them.

There are many railway links between Bangladesh and India mostly through West Bengal. The tri-weekly Maitree Express from Dhaka to Kolkata via Gede (Nadia border in India)-Darsana (Bangladesh) route has been operational since April 2008.

In the Inter-Governmental Railway Meeting (IGRM) held at Dhaka in August 2016, India and Bangladesh decided to increase the frequency of the Maitree Express and convert it into a full AC coach at the same fare. It begun to run four times a week from November 11, 2017.  The growing popularity of the Maitree Express highlights the existence of deep people-to-people ties between the two neighbouring countries.

During Hasina’s visit, the Radhikapur (India)-Birol (Bangladesh) rail link was reopened. The operation of this route was discontinued in April 2005 as the tracks on the Indian side were upgraded to broad gauge, while those on the Bangladesh side had remained metre gauge.

The Mahishasan (India)-Shahbazpur (Bangladesh) has also been non-operational since 1996 for the lack of adequate traffic. In addition to these, every year in February, a pilgrim train runs from Rajbari (in Bangladesh) to Midnapore (in India) for the devotees to attend the Urs Sharif at Midnapore.

In their bids to further strengthen the bilateral ties, India and Bangladesh discussed the possibilities of introducing two more trains across the Petrapole-Benapole border on the lines of Maitree Express during the August 2016 IGRM.

Both the countries are trying to revive the rail links which existed before 1965 as well. In 2011, the prime ministers of both the countries agreed to reopen the Chilahati (Bangladesh)-Haldibari (India) route. Accordingly, in an IGRM in 2015, the governments of Bangladesh and India decided to upgrade the railway interchange. The project was sanctioned in the Rail Budget 2016-17.

Bangladesh has undertaken a project to reconstruct over 7 km of rail track in bordering Chilahati district to connect Haldibari on Indian side with government financing. According to reports, Bangladesh government will spend Taka 80 crore for the rail project, while the Indian government will reconstruct 3 km rail track in its part to revive the British-era rail connectivity which was closed after the 1965 war. The entire project is expected to be completed by 2021. 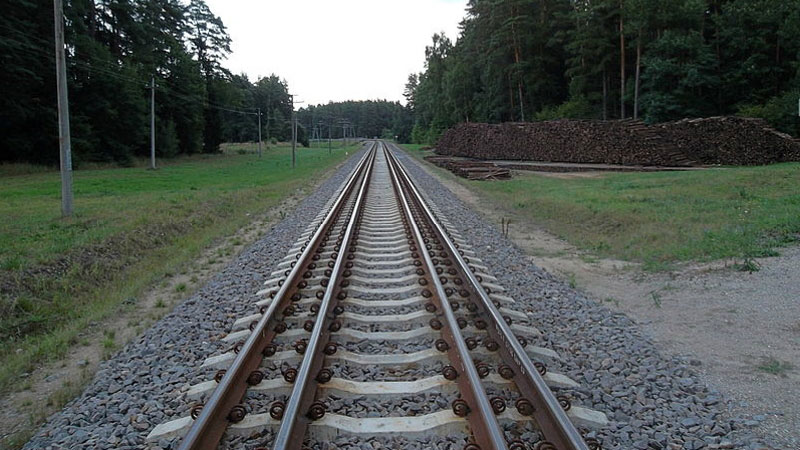 The Chilahati-Haldibari rail route has enormous potential for expanding both bilateral and regional trade and tourism. Experts believe that such a rail link will strengthen commercial ties among India, Bangladesh, Nepal and Bhutan. This rail route will provide land-locked North Eastern states of India and Himalayan countries like Nepal and Bhutan direct access to the Mongla port in Khulna, which is the second busiest seaport in Bangladesh.

After the operationalisation of the Bangladesh, Bhutan, India and Nepal (BBIN) Motor Vehicle Agreement (MVA), exports and imports through Bangladesh’s Mongla port is likely to increase manifold as the Chilahati-Haldibari railway link will enhance trade with North Eastern states of India.

Reports suggest that on September 17, 2018, the Hasina Government approved an agreement with India that would allow the latter to use the Chittagong and Mongla ports for transporting goods. The Chilahati-Haldibari rail link will drastically cut down the travel time for transporting goods to North Eastern states from Bangladesh’s two ports.

In another significant development, Bangladesh Railway Minister Mujibul Haque Mujib during his November 2017 visit to Agartala announced that in order to enhance people-to-people contact and bilateral trade, his country would restore railway lines at 12 places between the two nations which were discontinued after the partition and the 1965 War.

During the colonial period, the North Eastern states of Assam and Tripura were connected to Bangladesh through rail lines that included Belonia-Feni, Karimganj-Chittagong, Mahishasan-Chittagong, Khowai-Akhaura via Balla, and Amarpur to Bhairab Bazar. Two more cross-border rail routes through West Bengal, namely, Burimari to Changrabandha and Banglabandha to Siliguri, still remain non-operational.

Prime Minister Hasina and her Indian counterpart Narendra Modi also formally inaugurated a passenger train service between Kolkata and Khulna on April 8, 2017. This rail route was very popular among the people of the two neighbouring countries before the 1965 war. Responding to the people’s demand for reviving the Kolkata-Khulna rail link, the two sides agreed to initially operate this service once in a week via the longer Gede-Darsana route. The inaugural run of the Kolkata-Khulna Bandhan Express took place on November 9, 2017. The reopening of this rail route after 52 years will largely benefit Bangladeshis, who regularly visit India for education, treatment and pilgrimage.

A new rail link from Agartala in India to Akhaura in Bangladesh is currently under construction. This rail project was proposed during Hasina’s visit to New Delhi in January 2010. Subsequently on February 16, 2013, a memorandum of understanding (MoU) on the Agartala-Akhaura Rail Project was signed between India and Bangladesh. This new rail route has been undertaken to boost trade, commerce and people-to-people contacts between the two neighbouring countries. It will provide much needed connectivity between the eastern and western regions of Bangladesh and transit from Chittagong, Mongla and Ashuganj ports to India’s border state Tripura and other North Eastern states.

The 15.04 km-long Agartala (in West Tripura district)-Akhaura (in Brahmanbaria district, Bangladesh) rail line is being constructed at an estimated cost of Rs 968 crore which is fully funded by India. Reports indicate that construction of this rail line is progressing well and likely to be completed by early 2019. This rail link will shorten travel time between Agartala and Kolkata by 21 hours through Bangladesh’s capital Dhaka instead of Guwahati. The journey between Agartala and Kolkata will now come down to about 10 hours from current 31 hours as it will be a trip of just 550 km instead of 1600. Akhaura is connected to Dhaka-Chittagong rail route.

The Agartala-Akhaura rail route would also significantly contribute towards expanding sub-regional connectivity and socio-economic development in both the countries. Akhaura is a key railway junction in south-eastern Bangladesh that connects Chittagong port, capital city Dhaka and Sylhet.

Emphasising the strategic significance of this rail link, India’s Minister of State for Railways and Communications Manoj Sinha during his January 2017 visit to Northeast said that the Narendra Modi government has attached top priority to this rail project. It has been undertaken to connect India-Bangladesh railways with Europe through India, Pakistan, Afghanistan and Iraq.

Recent reports suggest that land acquisition for laying the tracks on the Indian side had already been completed. The cross-border rail project was sanctioned in the Railway Budget 2012-13. India’s Ministry of External Affairs (MEA) has agreed to provide necessary funds for the Bangladesh part of the project. In an important development on July 31, 2016, India’s Railway Minister Suresh Prabhu and his Bangladesh counterpart Mujibul Haque laid the foundation stone for the Agartala-Akhaura rail link.

The Indian Prime Minister’s Office (PMO) has reportedly been directly overseeing the railway project, which is a part of the ambitious Trans-Asian Railway (TAR). The senior officials of the two countries held talks in Dhaka on August 27-28, 2017 regarding this project.

In order to improve trade through railways, both BR and Indian Railways (IR) are jointly working towards containerisation of cargo and building suitable rail linked Inland Container Depots (ICDs) to handle the cargo. India has requested Bangladesh to make container train service, which are currently limited to the Eastern Zone of BR, available across the country. New Delhi urged Dhaka to set up some rail linked ICDs in the Western Zone of BR to facilitate bilateral trade.

During Hasina’s April 2017 New Delhi visit, both the sides finalised talks to sign an agreement facilitating introduction of container service between the two countries. India is seeking access to Bangladesh’s railway network for transportation of goods to and from eastern and North Eastern states. New Delhi has been pushing for the introduction of container train service to avoid lengthy procedures of border clearance of goods and reduce transaction cost of trade. During Prime Minister Modi’s June 2015 Dhaka visit, the two sides underscored the need to upgrade the existing interchange points at Singhabad and Rohanpur.

The trial run of the Kolkata-Dhaka container train through Sealdah, Naihati, Ranaghat and Gede in India and Darsana and Ishurdi in Bangladesh was conducted on April 3, 2018.The businessmen of the two countries had long been demanding for container trains to make transportation of goods cheaper, faster and safer. Container trains are generally used to ferry machine parts, chemicals, automobiles and consumer durables.

In the recent years, India and Bangladesh have initiated a number of steps to improve facilities on both sides of the international border and upgrade their railway networks for seamless movement of passenger and cargo between them. The Northeast Frontier Railway (NFR) is currently laying tracks to connect Tripura’s southernmost border town Sabroom, which is just 72 km away from Bangladesh’s busiest Chittagong port. Both the governments are also reportedly trying to set up the passenger amenities centre and upgrade the customs and immigration facilities in Petrapole and Benapole.

India has also been cooperating with Bangladesh for the upgradation of its railway system. Reports say among the 16 projects that are included in the $ 800 million Indian Line of Credit (LoC) to Bangladesh sanctioned by the previous United Progressive Alliance (UPA) government, 13 are railway projects involving $ 687.4 million.

As part of its “Neighbourhood First” and “Act East” policies, the National Democratic Alliance (NDA) government is keen to expand India’s railway connectivity with the South Asian nations. The then Railway Minister Suresh Prabhu announced on January 20, 2017 that his government seeks to connect neighbouring countries like Bangladesh, Nepal and Bhutan through railways to enhance people-to-people interaction, tourism, trade, commerce and employment opportunities. The NDA government’s initiative of improving cross-border rail connectivity with the neighbouring countries could hugely benefit Bangladesh with which India already has rail links.