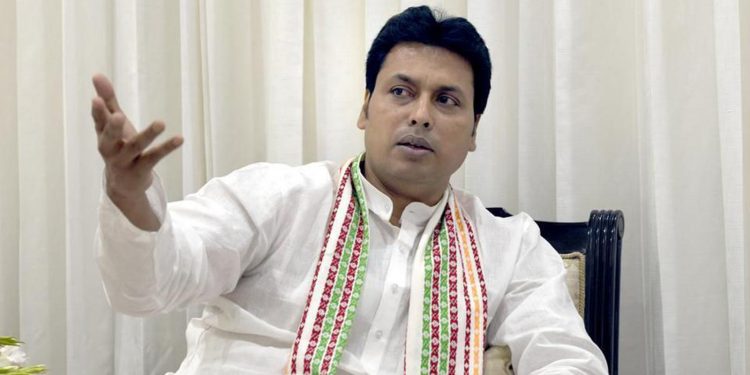 The Press Council of India (PCI) has issued notices to the chief secretary, home secretary and DGP of Tripura in connection with the attacks on journalists in Tripura and chief minister Biplab Kr Deb.

The PCI has asked each of them to respond separately within a fortnight.

The Assembly of Journalists (AOJ), the biggest platform of media workers in Tripura sees this as a victory for their own movement.

The journalists’ body had submitted their complaints to the PCI about the Chief Minister’s statement and the subsequent attacks on journalists.

Biplab Dev had publicly threatened the media while addressing a public meeting in Sabroom on September 11 last year.

The AOJ had demanded to CM withdraw his statement, but he did not.

“CM statement against the media has encouraged the miscreants, who continue to physically attack journalists in different parts of the state due to their loyalty to the ruling party,” AOJ publicity secretary Samrat Chowdhury said.

So far 23 journalists have been attacked by miscreants sheltered by the ruling BJP.

The attacks on the media fraternity have become common over the past three years, with the state government deliberately abolishing advertising quotas, snapping electric connections and denying press accreditation cards.