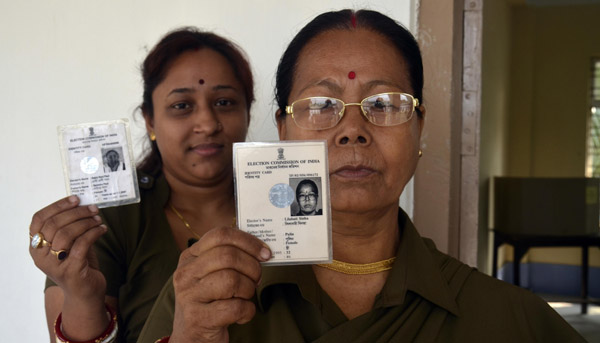 Along with the rest of the state, the postal ballot for the 2018 Tripura Assembly Elections has began at the Dharmanagar Girls HS School from Saturday. The Tripura assembly elections are scheduled to be held on February 18.

The session of postal ballot will continue in the state till 14th February.

Poll and security personnel will vote through postal ballots in their respective Sub-Divisional Magistrate (SDM) offices between 10th to 14th February.

Security has been tightened across the state in all the polling centers where the postal ballot vote is underway.

The vote casting is underway in Dharmanagar Girls HS school where the first session of the postal ballot is being held.

The  polling personnel’s along with the TSR personnel’s, police officer teachers engaged in the poll works are casting their vote through postal ballot for the 2018 Tripura Assembly election on Saturday.

Huge excitement can be seen among the voters and instead of ‘Chalo paltai’ the slogans of ‘lets hike salary’ is being heard from the voters.