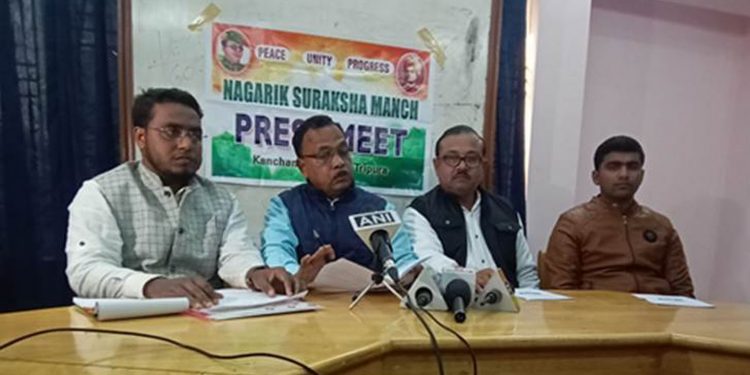 Tribals of Tripura are foreigners and Bengalis are the original inhabitants of the state, claimed Nagorik Suraksha Mancha (NSM)-a North Tripura-based social activist group on Friday.

NSM leader Diptendu Nath, interacting with the media, said the Bengalis were the subjects of the Tripura kings at Chakla Roshanabad revenue circle (now in Bangladesh) and so they are not “foreigners”.

“Princely Tripura’s official language was Bengali and we believe the Bengalis were the original inhabitants Tripura,” Nath said.

“We firmly believe the tribal people came from Mongolia, China and other parts of the world and were actually foreigners,” Nath added.

As per the Tripura Rajmala’s royal chronicle of Manikya kingdom and census reports, the state was mainly inhabited by different tribal communities.

The NSM, however, claims that the documents and records in their possession prove Bengalis came to Tripura before the arrival of the Tribals.

Nath further said the organisation is considering to appeal in the High Court and it is even ready to approach the Supreme Court.

“We will publish a book with every information soon,” Nath reiterated.

Further, NSM stated the troubles began for Bengalis after Bru migrants began to arrive in Tripura from Mizoram.

“The Bru migrants should be sent back to Mizoram, instead of settling them in Tripura,” Nath said.

“Over 6,000 people were thrown out of their homes by the Bru migrants,” Nath said.

“We want the tribals gone right away,” Nath reiterated.