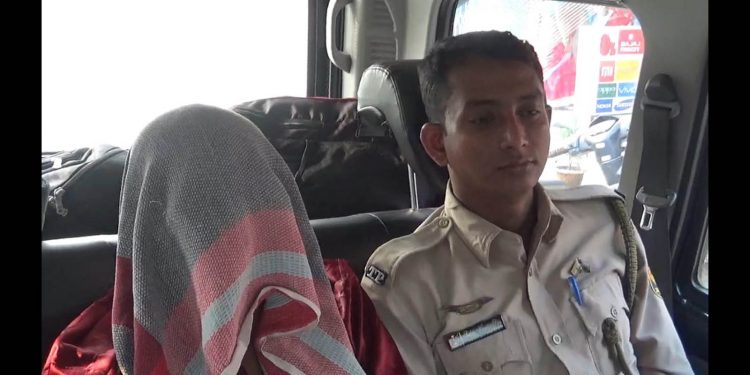 A Bangladeshi national was detained by the sleuths of NIA from Agartala on Wednesday.

The Bangladeshi national was nabbed by the National Investigation Agency (NIA) team with the help of Mizoram Police and Tripura Police.

The NIA officials, however, refused to divulge anything about the detention.

Sources said, “The man, who was detained by the joint team of NIA and police, has been living in Tripura for the last one and half years.

“He is from Bangladesh. The man was working as a daily labourer in Tripura,” said sources.

The name of the detainee is yet to be confirmed.

“The detainee, who is under the custody of the national investigating agency, has been interrogated by NIA sleuths,” sources told Northeast Now.

He has not been produced before the court till the filing of this report.

Since noon on Wednesday, the investigation team raided a number of mobile phone shops in Agartala and seized several documents.

It has been learned that the NIA sleuths, who are divided into several groups, have been carrying out investigation in Tripura.

It may be mentioned that 25-year-old Nazir Sheikh alias Patla Anas, a key operative of the banned outfit, Jamaat-ul-Mujahideen Bangladesh (JMB), was arrested in the last week of August last from Agartala.

Nazir Sheikh was one of the prime accused in the Burdwan blast.

He was also staying at Agartala like a daily wage labourer.