Ganja haul from Rajdhani Express in Agartala; one arrested 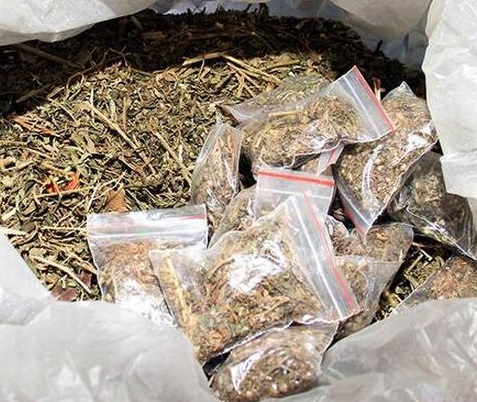 Indrajit Sinha, officer in-charge of the GRP at the Agartala rail station said that during a special drive against ganja and drugs, eight packets of ganja weighing around 50 kilogram was found in the possession of one Lagan Kumar Sethi of Orissa, who was arrested.

He was travelling in the Rajdhani Express along with another Amit Kumar Sing who on realizing the police raid managed to flee, the police office added.

The operation was led by Inspector Sourab Dasgupta of the GRP along with assistant inspector Sudip Kar while they were checking bags of passengers who were traveling towards New Delhi in the Rajdhani Express.

Police are interrogating the arrested person to get further details of the gang.

This is the second incident of recovery of drugs and contraband in the State.

In a separate incident, the Khowai police in continuation of anti-drug operation to make Tripura a drug free state on secret information on Monday afternoon arrested two person with brown sugar and Yuba tablets from Mohanbari area.

Earlier in the day, the Chief Minister Biplab Kumar Deb in the Assembly said that the new BJP-IPFT government in its first 100 days has seized more than double of last two years of Left Front under Manik Sarkar.

He urged people, including members of the opposition bench, to support the drive of the government against drugs to make Tripura a drugs free state.