CPI(M) won 2013 Tripura polls by using money it looted from the poor: BJP 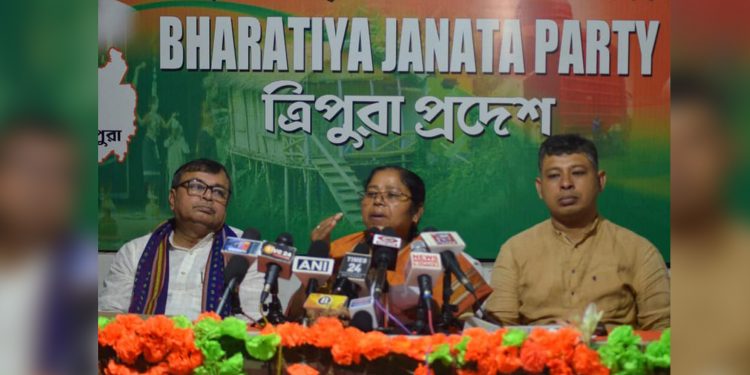 MP Pratima Bhowmik and others addressing the media in Agartala. Image: Northeast Now

Tripura BJP on Wednesday alleged that the previous CPIM (M) government won the 2013 state assembly polls by using the money it had looted from the poor.

The department found irregularities to the tune of Rs 228 crore in 13 construction works of PWD.

Firing salvo at the trio, the two BJP leaders said they were directly involved in the scam.

“I am confident Badal Chowdhury’s bail plea will be rejected and he will have to go to jail,” said MP Bhowmik.

“CPI(M) says they stand with the poor. However, the scam shows how they looted the poor people of Tripura,” she added.

“The money looted by the scam was used by the CPI (M) to fuel their 2013 election victory,” she further said.

“The BJP, before the elections, promised to investigate every corruption case and now we are fulfilling the promises,” said law minister Ratan Lal Nath.