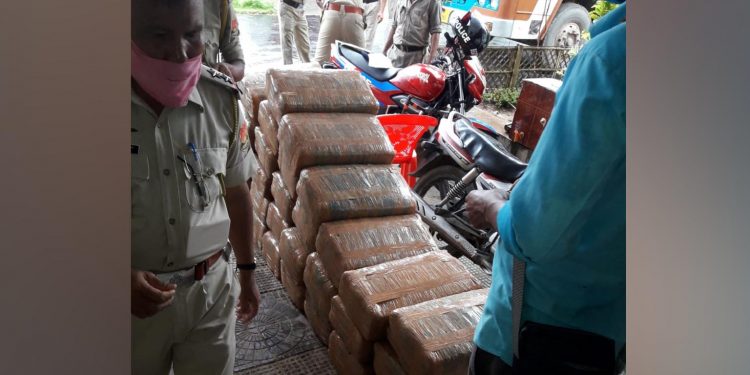 A truck carrying large quantities of cannabis was seized by police on the national highway in the 41-mile area in Mungiakami in Dhalai district in Tripura on Wednesday morning.

The truck was seized during a routine check-up and the value of the seized cannabis is estimated to around Rs 50 lakh.

The seized cannabis was packed in 33 packets.

The driver and his co-driver fled the scene by throwing dust in the eyes of the police.