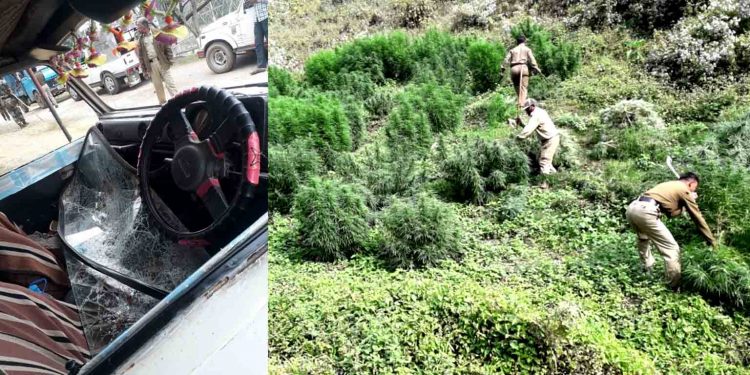 A gang of cannabis (ganja) cultivators attacked a joint team of Tripura Police, Tripura State Rifles (TSR), and forest officials while they were carrying out an anti-cannabis operation on Thursday.

The attack was carried out in the Tailbanda area under Dhanpur assembly constituency of Sepahijala district.

The operation was led by the officer-in-charge of Melaghar police station Peluram Das, whom the villagers tried to set ablaze by pouring kerosene.

Police informed that as soon as they entered the cannabis fields in Tailbanda, Neurmura and Kamal Chowdhury Para areas, the mob attacked them.

The cannabis cultivators also vandalised the Tailbanda police station and a police vehicle.

To keep the situation under control, a large contingent state police and TSR personnel were deployed to disperse the mob.

BSF personnel from Bisalgarh were also deployed to bring the situation under control.