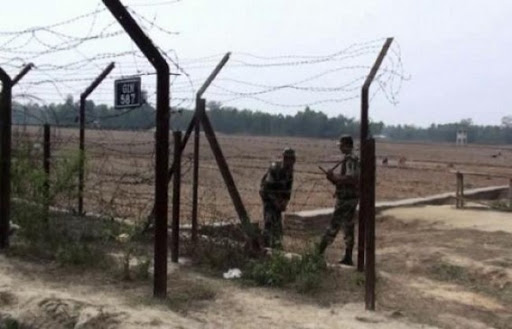 The Border Guard Bangladesh (BGB) is “delaying” the identity confirmation of their 12 nationals stranded at the Indo-Bangla border in Tripura for the last six days, BSF said on Thursday.

The Tripura frontier of the BSF in a statement said that despite providing “evidence” to the BGB about the vital details of the stranded Bangladeshis, held up along the IB in the Sepahijala district of the state, the border force of the neighbouring country has not responded “positively.”

The Bangaldeshi nationals – four females, a male and seven children — was intercepted by a BSF patrol on July 11 along the border.

The BSF said it had handed over, after a battalion commander level meeting on July 14, supporting documents as evidence that proved the identity of the 12 stranded Bangladeshi nationals.

The documents included their photographs, home address, family tree chart and a CD that contained voice and video conversation between one of the stranded Bangla citizen Kulsum Bibi (60) with her son who resides in Bangladesh, the BSF said.

“But, still BGB did not respond with some positive outcome. As per the understanding between the BSF and BGB, women and children apprehended at the international border have to be handed over or accepted by the either force subject to confirmation of their nationality, immediately after apprehension, treating them as victims of human trafficking,” it said.

“However, Bangladesh authorities have been delaying such confirmation despite evidences handed over to BGB by BSF during the Commandant level flag meeting,” the BSF said.

Hence, the BSF said, the 12 Bangladeshi nationals are still stranded on the border and they are being provided basic amenities by BSF and locals on humanitarian grounds.