As ‘rift’ within Tripura BJP widens, Mamata Banerjee-led TMC looks to expand base in State

According to reports, several top-level BJP leaders in Tripura are in talks with the TMC leadership. 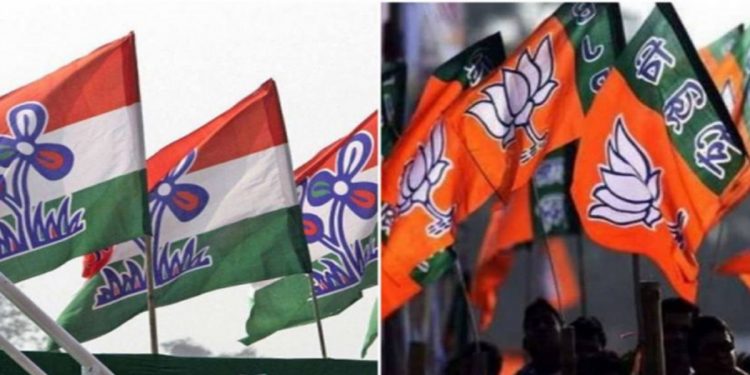 Veteran politician Mukul Roy, who was the national vice president of the BJP, recently quit the saffron party and re-joined the TMC.

Mukul Roy was one of the founding members of the TMC.

He informed that the party is working to expand its base at the grass-root level.

“Within a couple of weeks, TMC will begin its functioning in Tripura in a full-fledged manner,” Ashish Lal Singh said.

According to reports, several top-level BJP leaders in Tripura are in talks with the TMC leadership “to oust Biplab Kumar Deb led corrupt and vindictive government from power”.

Notably, speculation have been running thick and fast since the last two years, that many BJP MLAs are in conflict with Tripura CM Biplab Deb, after he removed senior party leader Sudip Roy Barman from the cabinet.

Moreover, rift seems to have deepened further within the ranks of BJP in Tripura, after Manik Saha, a former Congressman, was appointed the State BJP president.

There seems to be a growing dissidence amongst the BJP leaders and workers in Tripura.

The TMC, on the other hand, seems to be looking to take advantage of the growing dissidence amongst the BJP leaders and workers and expand its base in Tripura ahead of the State elections in 2023.