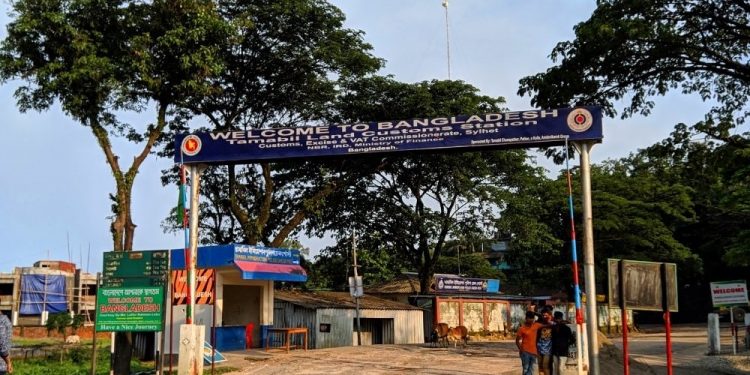 Six border checkposts along the 4,096 km India-Bangladesh borders would remain open for three days a week for the movement of people between the two countries.

The decision has been taken in view of the Covid-19 pandemic.

As per reports, for people returning to Bangladesh from India, a no objection certificate (NOC), Covid negative report and a quick response code with 72-hour validity would be mandatorily required.

Both India and Bangladesh have restricted the normal movement of people between the two countries since March last year, but allowed the trade to continue as usual, adhering to the standard operating procedures (SOPs).

The six border checkposts, which would be opened for three days a week (Sunday, Tuesday and Thursday) include the Petrapole-Benapole, Gede-Darshana, Mahadipur-Sona Masjid, Hili-Hili and Changrabandha-Burimari checkposts, all along the West Bengal border, along with the Agartala-Akhaura checkpost along Tripura.

“However, for training and medical treatment purposes, Bangladeshi nationals are being allowed to visit India following strict restrictions and protocols,” said an official.

An official of the Agartala-based Bangladesh Assistant High Commission said that no foreigners would be allowed to visit Bangladesh as the land routes are currently closed by the government.

He said that the Bangladeshi nationals whose visa period would expire within 15 days have been advised to return to the country.

“The Bangladesh diplomatic missions in India would facilitate their return,” the official added.

He said that those Bangladeshi citizens, including students, who have a long-term visa can stay in India, following all the Covid safety guidelines.

The four ‘Border Haats’ (markets) in Tripura and Meghalaya along the India-Bangladesh borders are remained closed since March last year due to Covid-19.