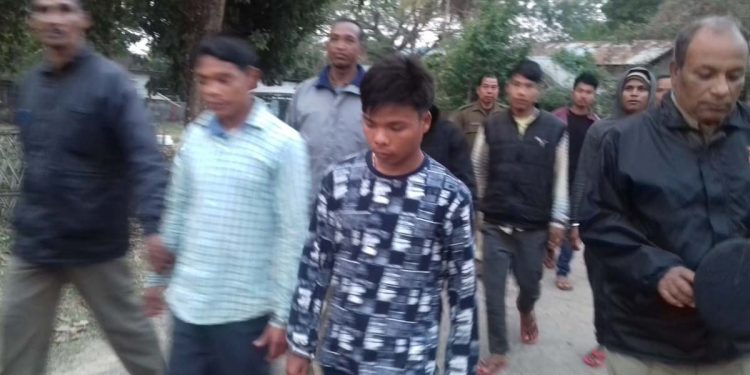 The two youths who have been sentenced to death for raping and murdering a minor. Image credit – Northeast Now

A special court of Gomati district in Tripura has sentenced two youths to death on charges of raping and murdering a minor.

The bench of special judge AK Nath pronounced the death sentence on Thursday.

The rape and murder incident took place in the Amarpur sub-division of Tripura.

A 13-year-old girl was living in Purba Manikya Dewanbari area.

On December 5, 2018, the minor girl was going to her school in the morning.

But she was kidnapped mid-way from the road and took to a jungle where she was raped and murdered.

Later, the two accused buried her in the jungle.

The victim’s brother tried to find his sister but could not trace her after which he had filed a case at Natun Bazar police station in Amarpur.

On the basis of the FIR, police arrested Bhanjay Tripura and Kastarai Tripura.

According to police, the duo has confessed to having committed the crime.

On the basis of their confession, the police recovered the body of the minor girl from the jungle.

A special court of Gomati district prosecuted the case.

The police recorded statements of 32 people as witnesses.