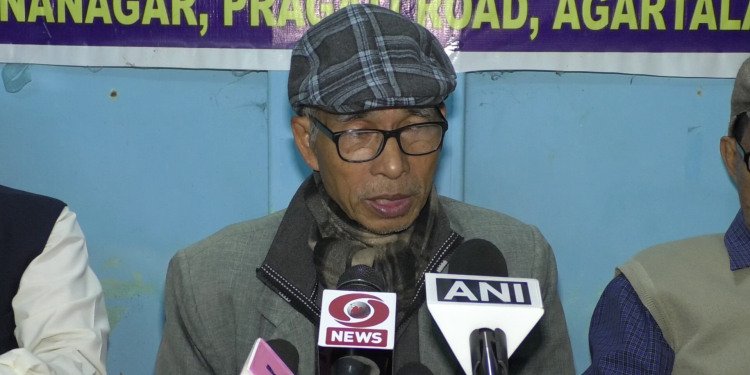 The Indigenous Nationalist Party of Twipra (INPT) has called for a dawn-to-dusk blockage of the national highway and rail link in protest against the Central governments’ attempt to pass the controversial Citizenship (Amendment) Bill, 2016 during the coming winter session of the parliament.

INPT president Bijoy Kumar Hrangkhawl in presence of the party general secretary Jagadish Debbarma and other senior leaders during a press conference in the party headquarters announced this on Saturday.

Hrangkhawl, a former militant turned MLA said, “After discussion with the member of the extended central working committee (CWC), we have decided that on December 10 instead of protest rally we shall block the national highway, state highway and railway line for 12 hours from am.”

“We are peacefully protesting against the central government’s proposed amendment of the Citizenship Bill so that it is not introduced in the Parliament. We shall inform the DGP that our protest shall be a peaceful agitation,” he added.

He appealed to other tribal based regional parties of the state to join in their protest against the union government for the sake of saving the identity of the indigenous people of the state.

He said vehicles of essential commodities and security forces shall be exempted from the preview of the blockade.