The biggest Information Technology centre in the entire NE would be set up in the state. 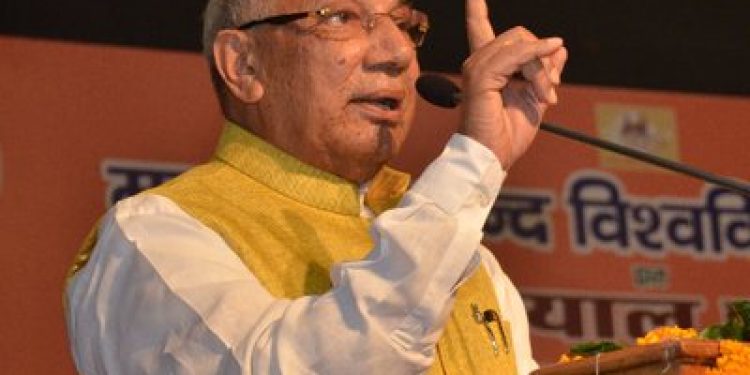 Tripura Governor Kaptan Singh Solanki on Saturday underlined  the need for cordial relations with the neighbouring Bangladesh for development of transport routes that would benefit the state as well as the entire north eastern region.

Addressing the 70th Republic Day function at the Assam Rifles Ground here after unfurling the Tri-colour, Solanki said a new waterway was being set up between Bangladesh and Tripura to make the state a trade hub, according to a Business Standard report.

The government is setting up a new river port at Sonamura sub-division of Sipahijala district in Tripura so that ships can carry goods to Bangladesh via Gomati and Meghna rivers.

The governor said, “The state government has taken various steps to make Tripura a model state and corruption free state. With all hopes, I believe the future of the state is very bright. We should work together and help each other so the state would develop faster.”

He said, the biggest IT centre in the entire NE would be set up in the state.

Solanki also congratulated the people, NGOs, religious institutions and media for being committed to protect peace and harmony.

He said, “Our state is geographically small but it is very rich in terms of natural beauty and resources. The incumbent government has already taken a lot of initiative to develop the state as a major tourist spot.”

“The new government implemented the recommendations of the 7th Central Pay Commission for the employees of the state. It was a historic decision…. The government reserved 10 per cent seats in home department for women empowerment. Crime against women has also come down. The government is also working very hard to make the state drug free,” Solanki said.