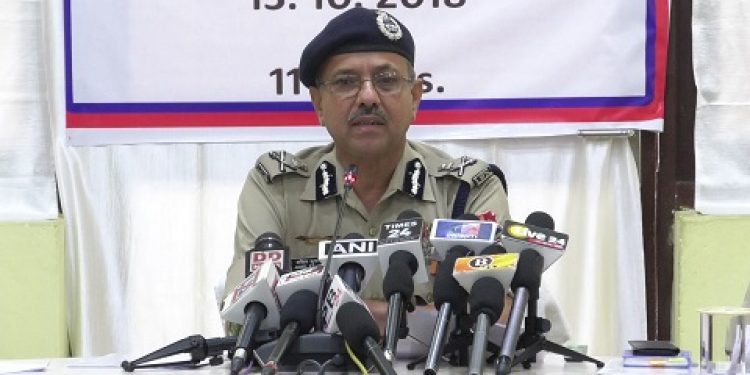 Tripura director general of police (DGP) A K Shukla during a press meet at the police headquarters in Agartala on Monday briefed on security measures for second phase election for Tripura East Parliamentary Constituency in which more than 12.6 lakh voters are going to exercising their franchise.

Security personnels including central and state paramilitary force are escorting the polling officials to the centres and maintaing law and order for a peaceful election so that every voter cast their vote without any fear.

The DGP also appealed to all voters to come and cast their vote without any fear.

Polling for the second phase of election in the state of Tripura for the Tripura East Parliamentary Constituency is taking place on Tuesday.

Large number of women has also been engaged in the polling duty.

Special measures have been taken to full proof the large border with Bangladesh and neighbouring states Assam and Mizoram.

In the Tripura East parliamentary seat around 40 per cent of its population are from the tribal section and hence it is a ST reserved seat.

The polling was initially scheduled on April 18, but the ECI on the ground of better security measures had deferred it by five days after the opposition Congress and CPIM complained of massive booth capturing and rigging in the first phase of voting fir the West seat that took place on April 18 last.