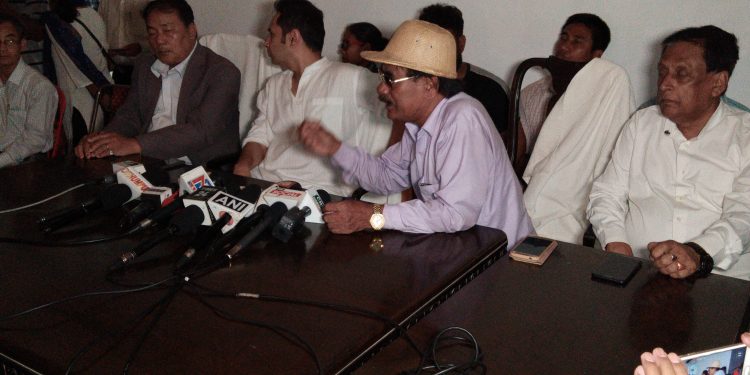 The BJP suffered another blow in Tripura as the vice-president of its alliance partner in the state, Ananta Debbarma of the IPFT, resigned.

In a press conference held on Monday, Debbarma and few of his supporters announced that they would support Congress candidates for the two Lok Sabha seats in Tripura.

Ananta said that he could “no longer remain with the IPFT” as the party along with its alliance partner was “not committed to the cause of Twipraland and protecting the interests of the indigenous tribal people of the state”.

He also announced that he would form a new party soon along with 11 more sub-divisional level leaders of IPFT as well as leaders of minority groups.

“However, at present, we are going to support the Congress candidates,” Ananta stated.

Tripura Congress chief Pradyot Deb Barman remarked that Ananta came out of the IPFT fold as he got “motivated” by AICC chief Rahul Gandhi’s proclamation that if Congress came to power, there will be “direct funding for the Autonomous District Council (ADC), Kokborok (language of the Tripuris) to be taught in Roman script, scrapping of Citizenship Amendment Bill, 2016, and to work for the development of the tribal people”.